An endurance rider with an impressive collegiate track and field career, Maria has her eyes on her next journey: farriery.

Wherever her passions lead, Maria Muzzio is happy to follow. That could mean riding in an endurance race in her home state of Virginia. Or, it could mean winning a conference championship in track and field at Colorado State University. Or, it could mean spending time in a hot workshop learning forging and horseshoeing.

“With being a full-time student, and an athlete, and an endurance rider, free time is a rarity for me,” Maria says.

But she loves it all — and she’s excelling at all of it, too.

Growing up in Fairfax, Va., Maria always knew she wanted to have a career working with horses. But instead of opting for the traditional rider or trainer route, Maria became interested in an often-overlooked aspect of the horse world: farriery.

Farriers are responsible for keeping horses sound and balanced and their hooves healthy. Through metalwork and natural shaping of the hoof, farriers play a crucial role in the lives of all horses — and that’s precisely what drew Maria to the job.

“I wanted a career that helped and benefitted horses, and this career allows me to have a hands-on job,” Maria says. “I think it is amazing that you can shape the hoof in a way that makes a lame horse sound again.”

Maria worked with an established farrier over the summer and plans to attend a farrier school after college. “This is a very hard-labor job, but I believe I can do it,” says Maria. 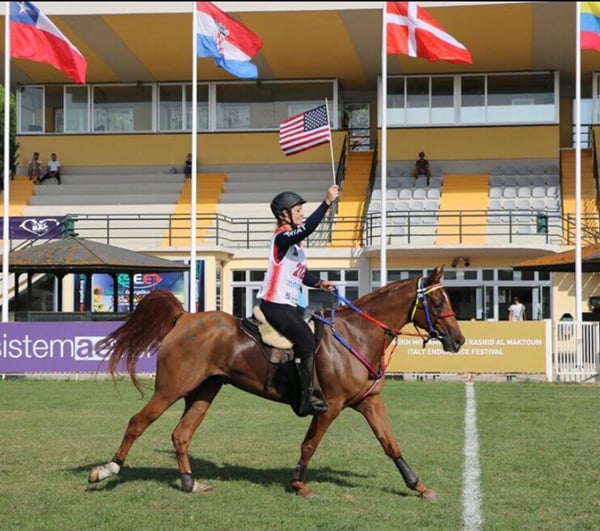 Competitive on the Field and on the Trail

It’s hard to believe there’d be much of anything Maria can’t do. Just look at her success as a college athlete.

A senior thrower at Colorado State University, Maria owns the Mountain West Conference championship in discus and also competes in shot put. Despite the time and focus such excellence requires, Maria’s CSU coach has allowed her to compete in an endurance ride once a year since she’s been at school.

Essentially the marathon of riding, endurance requires strength, skill and strategy. Riding a horse for distances up to 100 miles is no easy feat, and Maria relies on her strength as a thrower to help.

“At the beginning of a ride, your horse can be very excited to go and want to go fast,” says Maria. But experienced riders know strategy matters — and it takes strength to hold the horse back and pace properly to complete a 75- or 100-mile ride.

Maria’s longtime partner is Landroval, a “goofy” Russian Arabian gelding. Together they’ve completed some truly remarkable achievements, including a 100-mile race known as the “Beast of the East.”

Considered by many as one of the most challenging endurance races in the world, the Old Dominion 100 is located in Orkney Springs, Va. A mountainous ride, the race features rocky hills and mile-long climbs, enough to challenge even the most experienced endurance riders and horses.

“It was definitely the hardest ride I have ever done or will ever do,” Maria recalls. But with “Lance,” she finished her first 100-mile race in just under 24 hours, the maximum time allowed for the distance. “[We] started the ride at 5 a.m. and finished at 4:30 a.m. the next day,” says Maria.

As for what Maria will accomplish next? She isn’t sure. For now, she’s focusing on becoming a farrier and enjoying her last year of college athletics. When she returns home, she’ll start riding again — and knowing Maria, she’ll probably find a few other ways to stay busy. 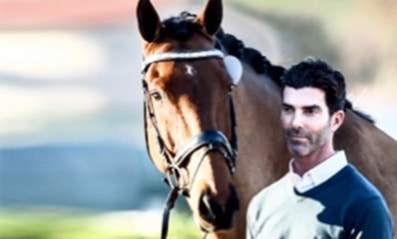 Nick Wagman Gets Back in the Saddle Again

Despite two confidence-rattling falls, the veteran dressage rider has his eyes on the 2020 Olympics with Don John. 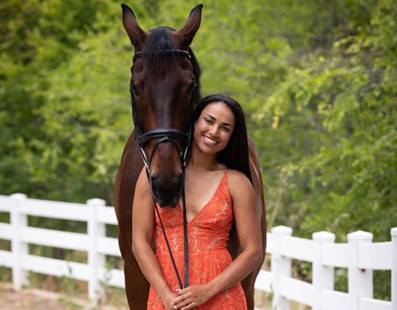 An Unpredictable Horse Gets His Second Chance

Anna Buffini was forced to retire Wilton after a series of perilous events. But two years later, she’s discovered a new connection with the gelding. 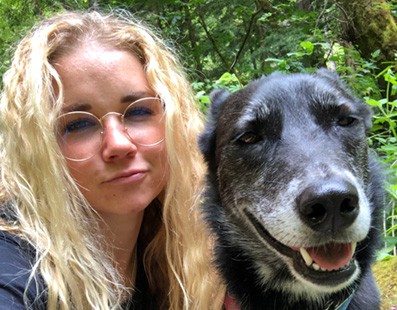 The 24-year-old daredevil – one of America’s top vaulters – is prepping for the 2020 World Championships in Sweden.