The young show jumper from Wayne, Illinois dropped out of college and moved to Germany in her quest to be best.

At a time when most teenagers are looking to head off to college, 18-year-old Gia Rinaldi was preparing for a different challenge: a move to Europe to pursue her dreams of equestrian show jumping stardom.

After beginning her hunter/jumper career in the Midwest and advancing up the levels, Gia made the life-changing decision to move from a small town in Illinois to Eschweiler, Germany. Her background? Just about everything. Hunting, jumping, equitation, and even catch riding — a unique skill where a rider competes on a horse they do not own or train regularly.

If there’s one thing you can say about Gia, it’s that she knows how to make her own opportunities. Take her background in catch riding for example.

Gia began this difficult form of competition at a young age. “It was a really big step from riding my own horse to riding someone else’s,” says Gia. “There’s so much added pressure.” But where many young riders might struggle, Gia found she excelled. “I perform better under those circumstances because there is no extra time to overthink.”

The ability to jump on a new horse at a competition with no prior experience together takes an incredible combination of skill, guts, and grit. Sometimes, Gia explains, she’ll compete with a horse she’s literally never sat on before. “I learn a lot from sitting on the horse right before I go in,” she says. “Just flatting around, you get to know their stride.”

She quickly realized just how valuable it was to get as much ring time as possible and learn how to connect with a new horse instantaneously. Catch riding also helped her avoid the financial burden of purchasing her own horses.

“If you don’t have the funds to buy the horses you need, the way to do it is by catch riding. It was the only way for me to get the ring time I needed to learn and progress,” she explains. 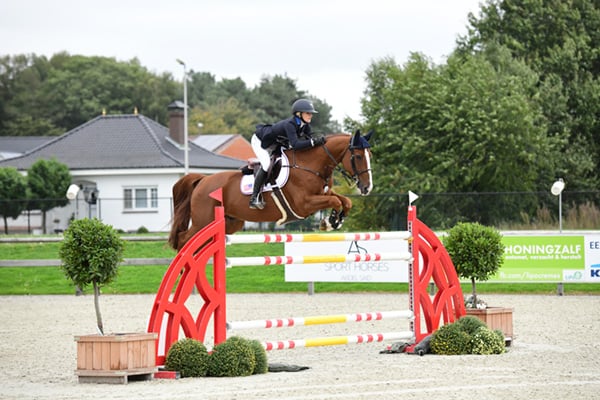 A Giant Leap for Gia

When Gia decided show jumping was the career for her, she went all in. All on her own, she moved to Germany to work with Helena and Tim Stormanns. The decision, however, required her to drop out of college. At the time, says Gia, it was an incredibly difficult choice.

But today, at age 20, she says, “I don’t regret it for a second. So many doors have opened for me here and being successful competing in Europe has always been a goal of mine.”

Gia is achieving her goals but they come with a lot of hard work. What’s a typical day like for this rising star? “A typical day for me at home starts off with barn duties; getting horses on the walker, mucking out stalls and sweeping the aisles.” Gia says. “After that’s all finished I typically ride 5-7 horses and that keeps me busy the rest of the day in the stable.”

Although Gia has experience in hunters and equitation, she has a soft spot for jumpers. After her first competition at the age of 11, she was hooked. “It was such an adrenaline rush,” she remembers. “I wanted to be very competitive in the jump offs. To get into the ring as much as I could was very important to me.”

“Although I have been mostly competing in Europe for two years, it [was] so incredible to represent my country,” says Gia. “To have the American flag next to my name [meant] a lot.” 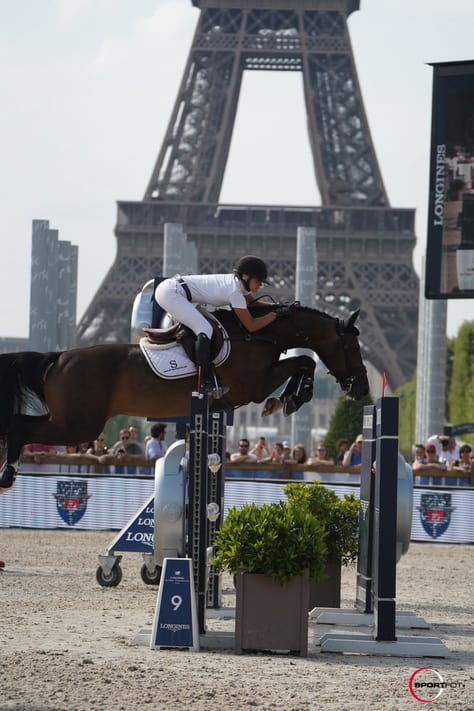 This winter, Gia will be returning to home soil to compete in Wellington, Florida. “After fantastic summer and fall shows in Europe, most of the horses went on a bit of a break from the bigger shows,” she says. Gia will stay competitive in the Young Rider series in Florida while helping out with the Stormann’s sales horses.

And although wins in the ring are always a highlight, Gia has a broader perspective on success. “For me, I count accomplishments in everyday life as well.”

That includes taking advantage of a new culture, new food, and new friends while she can. “On my days off, I love to go into the city to shop and eat,” she says. “Moving to Europe has been my proudest accomplishment so far.”

Keep an eye out for Gia Rinaldi. Talented young riders like her are the future of your Team. And as a supporter of the U.S. Equestrian Team Foundation, you can help young riders like Gia reach their fullest potential. 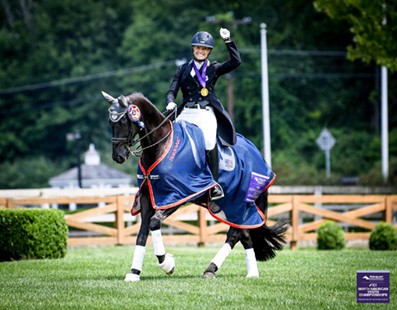 How a shy, young dressage rider and an anxious horse found their confidence. 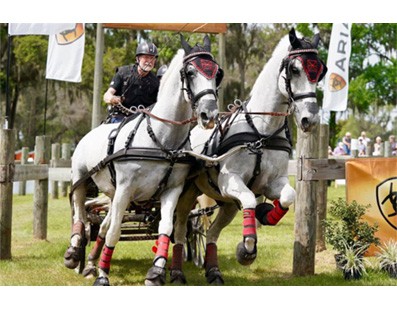 Steve didn’t start combined driving until he was 62, but in eight years, he’s won four national championships — all while being legally blind. 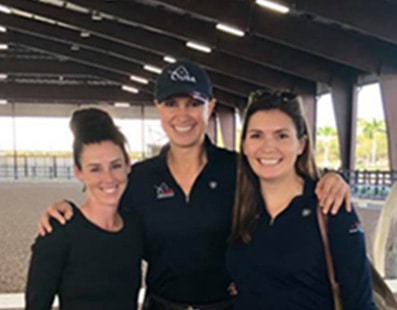 Hallye Griffin Looks Beyond Tokyo to Paris and LA