How Do We Measure Success 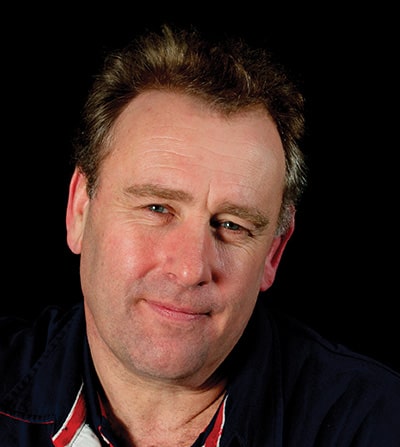 So how do we measure progress within the U.S. Equestrian (USEF) programs, especially the Olympic and Paralympic programs?

For those dedicated sports fans sitting in front of their televisions next July and August during the Tokyo Olympic Games, it will be easy to see who is winning Olympic medals. So, by default, will it be easy to define who has been successful?

Maybe so, in the eyes of some, but how is success defined, even on the ultimate and most public of world stages? Is a personal best success or is success only standing on the podium? This conundrum is multiplied when trying to define success or measure progress during the four years leading up to an Olympic or Paralympic Games. But define and measure we must—both in order to track progress and also to justify investment, whether that be investment in an athlete or investment by funding bodies or individuals.

A high-performance sport program that is purely focused on the Games may have very few competitions that are truly critical pre-Games and so the use of field-of-play results are not always a true gauge of measuring progress. Whilst no doubt sacrilege to some, winning at the right time is a more effective methodology than expecting to win every time.

As with other sports, this is achieved through the use of Targets and Key Performance Indicators (KPI). Targets are clearly defined achievements, usually results that must be achieved at a defined time. KPIs are more a measurement of quantifiable factors that can be applicable to measuring the progress of an athlete, horse, or program. In doing so, the KPIs should acknowledge the value of the investment and demonstrate the effectiveness of the pipeline that helps an athlete progress along the pathway.

For example, take a young athlete who has a young horse with Olympic Games medal potential and also a more experienced horse that is being used to educate and advance the athlete. The KPIs would map out the progress of the young horse, focused on progression and experience. As the horse’s career progresses, the focus will move from gaining experience to delivering results that will bring it to the attention of the Selectors and then, of course, help deliver a medal. Meanwhile, the athlete’s progress can be worked on and measured by analyzing, with the coach, their effectiveness with the older horse.

Externally, we agree each year on KPIs and Targets with the United States Olympic and Paralympic Committee (USOPC). An easy example of a Target would be the 2018 World Equestrian Games (WEG) and then the 2019 Pan American Games when Olympic qualification was the primary target for the Olympic disciplines. The dressage and show jumping teams achieved this at the WEG, and the eventing team did so at the Pan Ams.

In this four-year cycle, Olympic qualification wasn’t the target for the Para-Equestrian dressage team because an analysis of likely performance suggested that finishing in the team medals, which would be required for Tokyo qualification, wasn’t achievable. The 2018/2019 Target for Para is to achieve Tokyo team qualification through the Ranking List (and yes, we are on track to hit the Target!). Targets can be taken a little further with “Stretch Targets.” These are targets that would indicate that performance has exceeded expectations; for example, a Medal Target for Tokyo could be between one and three team and individual medals, with a Stretch Target of four to five total medals.

KPIs are perhaps more of a science (some might argue an art!), as they are indicative rather than definitive in terms of monitoring performance, progress, or return on investment and they form an important part of the discussions we have with the USOPC.

KPIs can be simple in nature and refer to trending results, for example, “Increase the average score of the top three Elite dressage combinations (excluding #1) in the Grand Prix Special by 1.5%,” or “utilize more than 10 different show jumping athlete/horse combinations at the three North American League Nations Cup Qualifiers (Wellington, Florida; Langley, British Columbia; and Coapexpan, Mexico) and the Winter Equestrian Festival Nations Cup Competition.” KPIs can become more complex and more challenging to track, for example when they’re linked to injury rates and recovery times.

We also utilize KPIs and Targets within the Sport Programs, but this has been a developing process since the 2016 Rio Olympic Games and is more beneficial in some disciplines than others. Ultimately, we want to be able to set Targets and KPIs for each program, each year and over four years.

In 2019, we achieved a number of result-based Targets linked to younger athletes in reining, endurance, dressage, show jumping and vaulting, which was exciting for the future.

Another area we have sought to expand is setting Targets and KPIs for athletes within a framework of a six-month review. This is important not only to ensure we are working with the athlete to monitor performance development, but also to ensure that the financial investment made in athletes is measured against development and performance. This is not purely about holding athletes to account, but more about a partnership to ensure the funds we are lucky enough to have are effectively targeted. Discussing KPIs and Targets with the athletes also challenges coaches and program managers to really evaluate how we can help and support athletes.

The final area where we have introduced greater measurement is with performance-related grants, including the USET Foundation grants that athletes receive directly. This year was the first time we have done this. As part of the application process, we asked athletes to explain what their personal targets were and how they felt they would benefit from the grant. After the targeted competition, the discipline’s Technical Advisor and the athlete review the competition and compile a report. This is primarily to challenge the athlete and the coach to identify performance gains and areas for focus, but it also provides an explanation about how the grant funds have been used for the USET Foundation.

Working with KPIs and Targets continues to evolve within the equestrian programs, but as the process develops, we can start to measure more areas and track progress. For example, we can examine tracking the talent identification process, athlete review outcomes, evidence-based performance profiles, and coaching for continual professional development.

We must never become reliant on the process of KPIs and Targets as the sole determination of success, but being able to demonstrate and measure the progress of athletes and their horses is an increasingly important piece of a professional program.

Make a Donation to the Discipline of Your Choice: