Vaulting enjoys an ancient heritage and can probably be described as one of the oldest known forms of equestrian sport. Often described as gymnastics performed on horseback, vaulting’s origins can be traced back to Roman games which included acrobatic displays performed on cantering horses. Tracing history through the Middle Ages and the Renaissance, many references to vaulting are made, and it was during this time that the practice of “La Voltige” (drill riding and agility exercises performed on horseback by knights and noblemen) gave the sport its present name.

Modern vaulting was developed in postwar Germany as a means to introduce children to equestrian sport, and it remains a popular training and competitive endeavor all across Europe. Conversely, modern competitive vaulting is relatively new to the United States. Vaulting did not make its way to the U.S. until the late 1950s and the first official competition did not take place until 1969. Since that time, vaulting has experienced significant growth and expansion and is enjoyed by equestrian enthusiasts of all ages. All vaulting routines – team, individual, and freestyle – are performed on the back of a cantering horse, traveling in a circle and attached to a longe line.

Competitors are judged on their ability to smoothly execute compulsory movements demonstrating strength, flexibility, and balance—making sure to face all four directions and cover all parts of the horse from neck to croup—during their routines. They are also evaluated on the technical difficulty and artistic expression associated with freestyle routines.

Additionally, a portion of every overall score is secured by considering the horse’s quality and consistency of gait. Vaulting offers enthusiasts the opportunity to develop coordination, balance, strength, and creativity while working harmoniously with both fellow teammates and the horse itself. 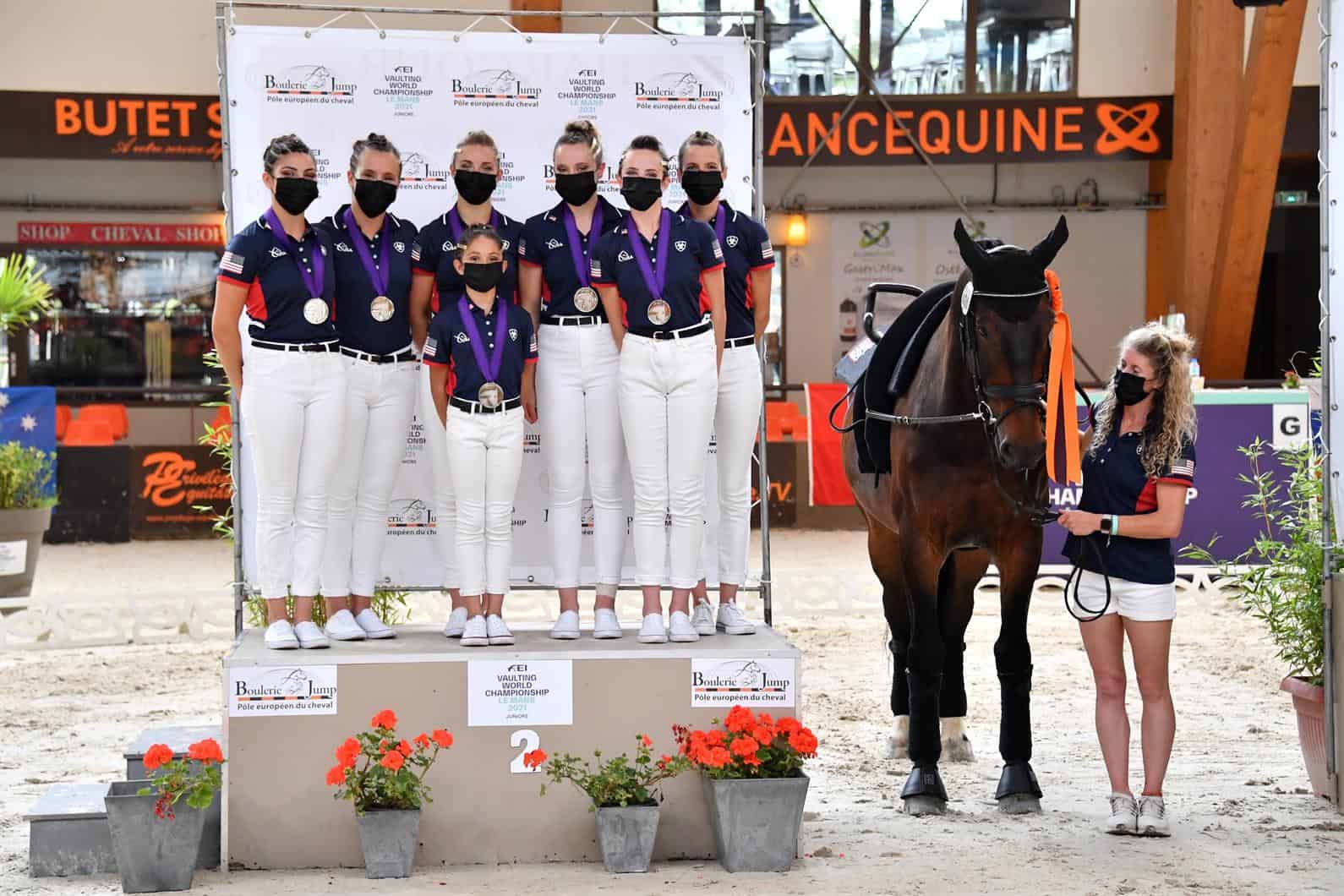 By US Equestrian Communications Department Le Mans, France – A talented group of U.S. youth athletes had strong performances at the …

By US Equestrian Communications Department Lexington, Ky. – US Equestrian is pleased to announce the nominated U.S. entries for the 2021 …

By US Equestrian Communications Department Lexington, Ky. – US Equestrian has announced the athletes nominated to the U.S. Vaulting Team Short … 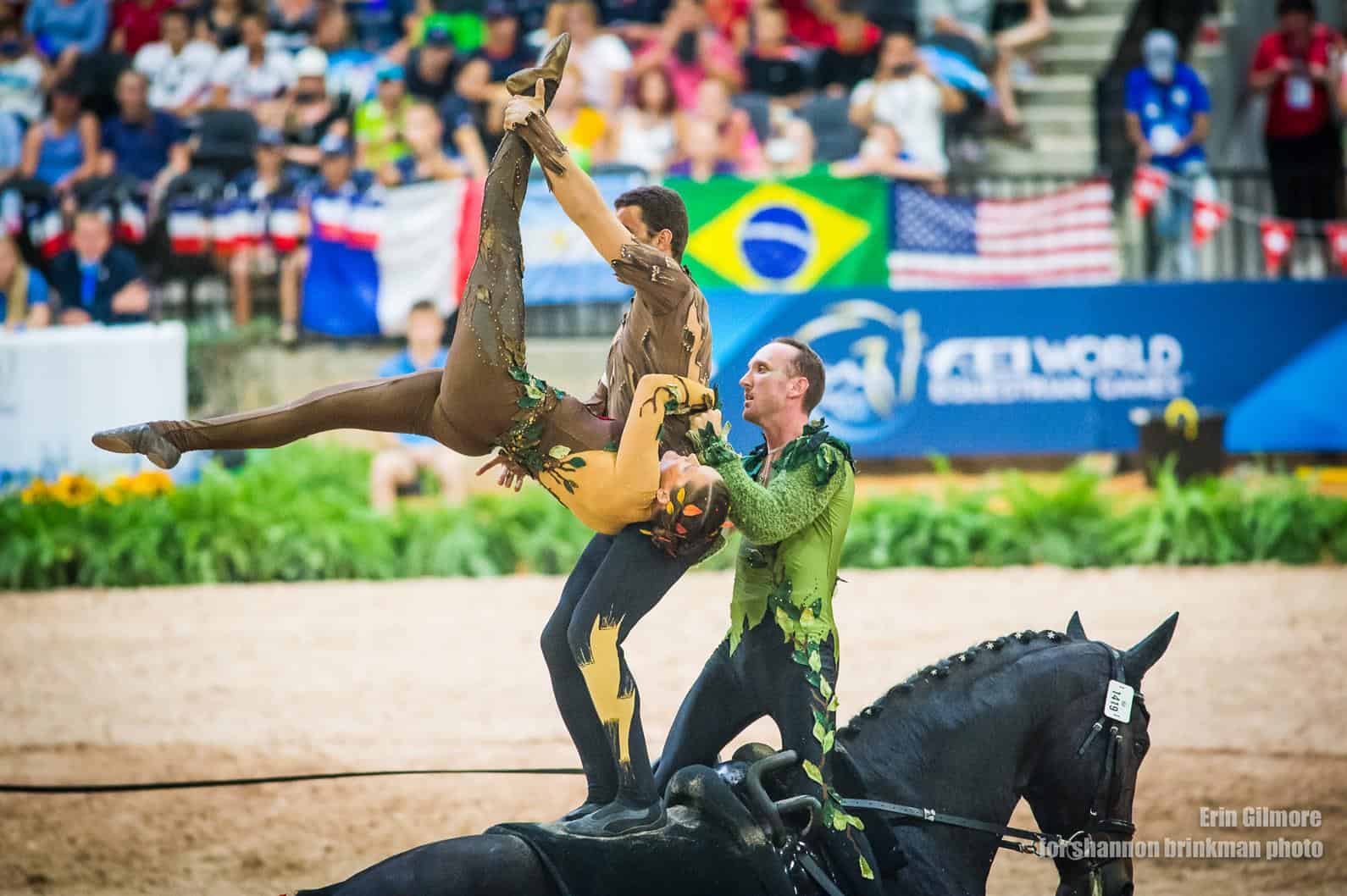 Mill Spring, N.C. – The U.S. Vaulting Team individual female and individual male competitors and squad took to the ring one … 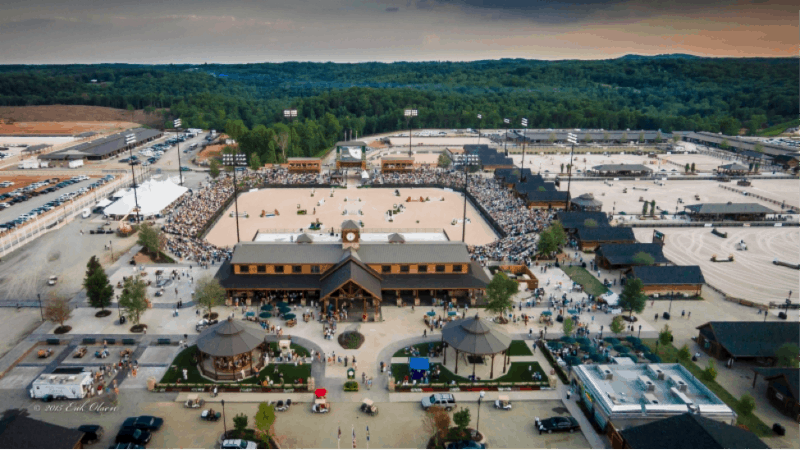 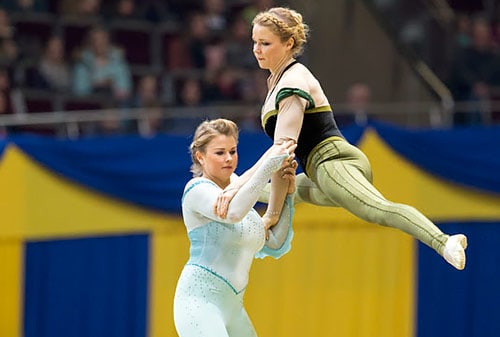 Dortmund, Germany – Cassidy and Kimberly Palmer put together a skillful and expressive performance to earn the pas-de-deux Bronze medal …