Gladstone, N.J. – December 6, 2017 – It is with great sadness that we learned today of the the passing of legendary equestrian, William “Bill” Steinkraus on November 29 at the age of 92. A five-time Olympian, four-time medal winner and first U.S. Show Jumping Individual medalist, Steinkraus boasted one of the most decorated equestrian careers in U.S. history. He passed away surrounded by his family and loved ones.

Growing up in Darien, Connecticut, Steinkraus began riding at the age of ten with Amud Thompson. He was a member of the Ox Ridge Hunt Club. Steinkraus became more involved with the sport when he began training under the tutelage of esteemed horsemen, Gordon Wright and Morton W. “Cappy” Smith. In 1941, Steinkraus made history by winning the coveted ASPCA Maclay National Championship trophy at the National Horse Show in addition to winning the Good Hands Finals in Saddle Seat Equitation. 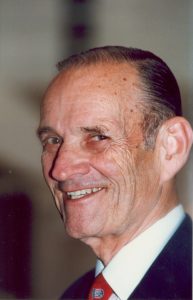 Steinkraus attended Yale University in New Haven, Connecticut before enlisting in the Army’s cavalry branch. From 1943 to 1945, he served as a member of the 124th Cavalry Regiment in China-India-Burma during World War II.

Steinkraus retired from showing internationally in 1972, but remained heavily involved in the sport acting as a judge, tv commentator, clinician, coach, and author. For 17 years, he was the chef d’equipe of the U.S. Show Jumping Team. 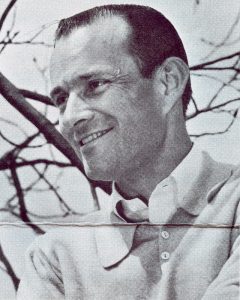 A founding member of the USET, Steinkraus served as well-respected president and chairman of the organization for two decades, serving as Chairman Emeritus for the past 25 years. Steinkraus was the first equestrian to be inducted into the Fairfield County Sports Hall of Fame in 2016, joining notable athletes such as baseball player, Jackie Robinson and basketball player, Calvin Murphy.

A gifted violinist, Steinkraus enjoyed classical music and played in the Connecticut Symphony.

Steinkraus will be deeply missed and remembered for his incredible achievements and contributions to the equestrian community. The family hosted a private service and asked for any donations in his memory to be made to United States Equestrian Team Foundation.