“We come in expecting to medal and hoping to win, and of course it doesn’t always work out that way,” said Chef d’Equipe Robert Ridland. “But if we come out of it like we did this week, with a third-place finish with a totally different group of riders than our third-place finish last week [at Lotto CSIO Sopot], then it was a good day at the office.” 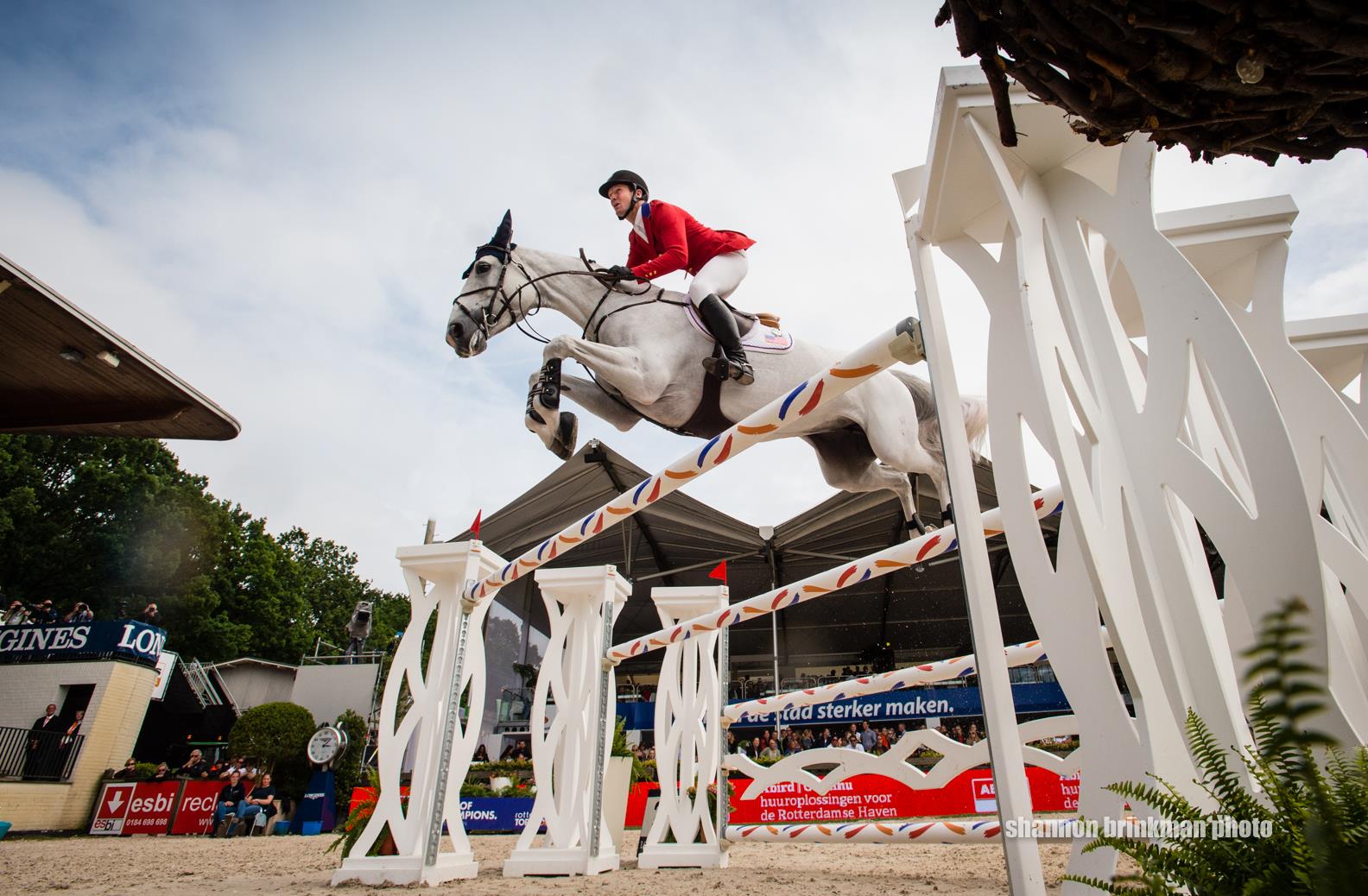 The NetJets® U.S. Show Jumping Team stood tied for third with Switzerland on four faults after round one, while Germany and Belgium were tied for the lead with zero faults.

Madden (Cazenovia, N.Y.) led off in round one with just one rail with Breitling LS, Abigail Wexner’s 12-year-old Dutch Warmblood stallion, and then Sternlicht (Greenwich, Conn.) turned in a clean round riding Cristalline, Starlight Farm LLC’s 10-year-old Bavarian Warmblood mare. “There’s a lot of pressure that Adrienne hasn’t experienced before,” said Ridland. “I thought she had a good, solid day. Alan Wade didn’t make it easy; it was a tough enough course for sure.”

In round two, Madden and Breitling LS had eight faults and Sternlicht four faults, then Kraut turned in a crucial clear round with Zeremonie to keep the U.S. riders in the hunt for a podium finish. “Laura’s been building Zeremonie up and she took her to Rome to get some classes under her belt and get her fitness up and she was very good there, but today for sure she looked great,” Ridland said.

Ward and Clinta picked up four faults as the anchor rider, putting the team on a total of 12 faults to tie with the Dutch and Swiss teams for third place. “McLain was able to have HH Azur in the grand prix and Clinta today,” Ridland said. “This was his first Nations Cup with the horse; McLain learns a little more about her every time he goes out, so it was a very productive day for that mare.”

“I was thrilled with her,” Ward said of Clinta. “I thought she handled it spectacularly. I don’t know her at that level so well yet, and every class is another benchmark to reach. First round, she basically did everything perfectly, second round I came into the triple not quite the way I wanted and had B down because of it. It was just me learning how to tackle different combinations with her, but she jumped great.”

The Longines FEI Jumping Nations Cup Netherlands is one of the observation events for U.S. riders on the short list for the FEI World Equestrian Games™ (WEG) in Tryon, N.C., in September. “This summer is all about trying to peak in the fall for the WEG as well as a separate group for the Longines FEI Nations Cup Final in Barcelona, so we’re trying out different combinations,” said Ridland. “Horse-wise, they have to be different teams because the two are so close in the schedule. So, we’re putting a lot of pieces of the puzzle together. I think we look back now on our whole short list that we had at the two shows, and I’d say it was a very useful two weeks for us.”

Full Results can be found here.