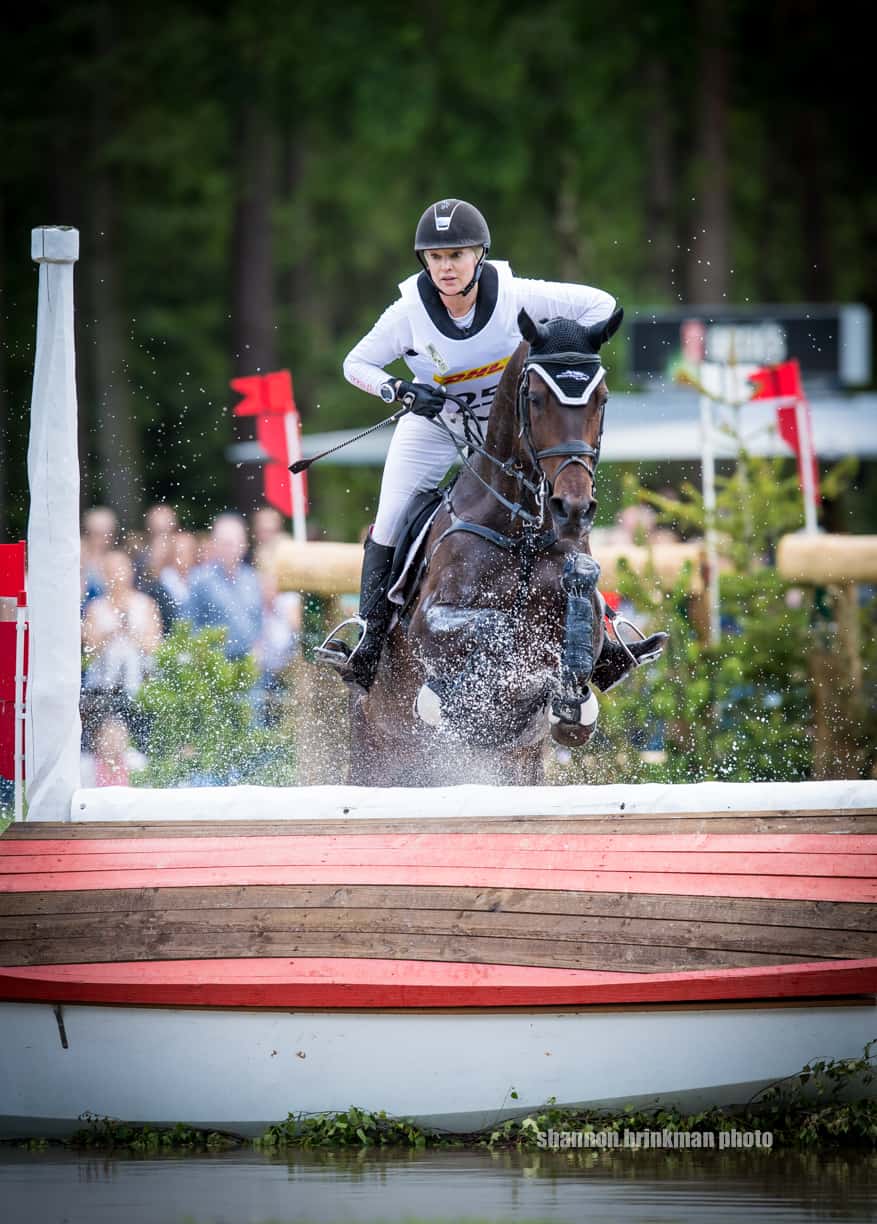 Luhmühlen, Germany – June 20, 2017 – Horses and riders from 14 nations gathered at the 2017 Luhmühlen CCI4*, presented by DHL, in Germany this past weekend to vie for the top prize in the fifth leg of the FEI Classics series, comprised of only six four-star eventing competitions held each year. The U.S. Eventing team laid down a series of strong performances, with teammate Marilyn Little and her mount RF Scandalous leading the way with their overall fourth-place finish and a score of 44.80. Of the 48 total competitors, the four American pairs impressively ranked all within the top thirteen. Hannah Sue Burnett, aboard Harbour Pilot, earned the eighth-place spot with 49.50 total penalties, while Will Coleman aboard Obos O’Reilly and Sharon White and her mount Cooley On Show rode to 12th and 13th place with scores of 56.10 and 58.60, respectively.

Little and the 12-year old bay mare RF Scandalous, known as “Kitty,” impressed the judges panel on day one, riding to a dressage score of 38.00, which was strong enough to capture the third position after the first phase of competition, only two penalties behind the leader, Bettina Hoy and Designer 10. Hoy, of Germany, was the 2005 Luhmühlen CCI4* champion. Burnett and Harbour Pilot demonstrated their dressage aptitude, as well, garnering a score of 44.50 and the tenth position. Fellow Americans Coleman and White settled into the middle of the pack after day one, but would rise through the ranks following cross-country and show jumping.

Of the four U.S. pairs, Coleman and the Irish Sport horse gelding Obos O’Reilly most efficiently navigated course designer Michael Etherington-Smith’s (GBR) track, finishing a mere second inside the optimal time of 11:11. Coleman’s trip earned him the fourth position in the cross country phase, and propelled him from 19th to 12th in the overall standings with only the showjumping portion of competition remaining. Burnett and Harbour Pilot were also inside the optimal time, but their overly-speedy trip, clocking in at 10:45, dropped them from tenth to 17th in the standings. White and Cooley On Show, tied with three other horses as the youngest in the field at only 10 years old, earned just 2.80 faults due to their time of 11:18. Little and RF Scandalous accumulated 6.80 faults with a time of 11:28, dropping them to ninth in the overall rankings, but still leading their American counterparts.

Though Martin Otto’s (GER) course in the showjumping phase proved to be the undoing of a multitude of competitors, the four American horse-and-rider pairs rose to the challenge, all finishing with eight faults or less. Of the 35 entrants still left in the competition after a number of horses were retired or eliminated, only 11 pairs managed to stay inside the maximum time of 88 seconds, and a smaller elite group of four competitors, led by Little and RF Scandalous, rode to double clears, leaving all the rails in the cups. Little and her mare earned the best score of the phase, riding the quickest clear round with a time of 84.06 seconds, ultimately spurring the duo to a fourth-place finish overall, especially impressive considering it was the mare’s first four-star attempt. Burnett, White, and Coleman each had a single rail down, as well as one, two, and four time faults, respectively.

Julia Krajewski, representing Germany in the irons aboard Samourai du Thot, ultimately claimed the championship in her home country with the low score of 41.10, trailed by Nicola Wilson of Great Britain, riding Bulana, with a score of 41.70. The leaders after dressage, Hoy and Designer 10 rounded out the top three with 43.00 penalties.

Eventing action will continue at the four-star level at the Land Rover Burghley Horse Trials in Great Britain from August 31, 2017 to September 3, 2017. This will be the sixth and final gem in the FEI Classics Series for international eventing competition.

Find out more information about the Luhmühlen CCI4* and view the full results.