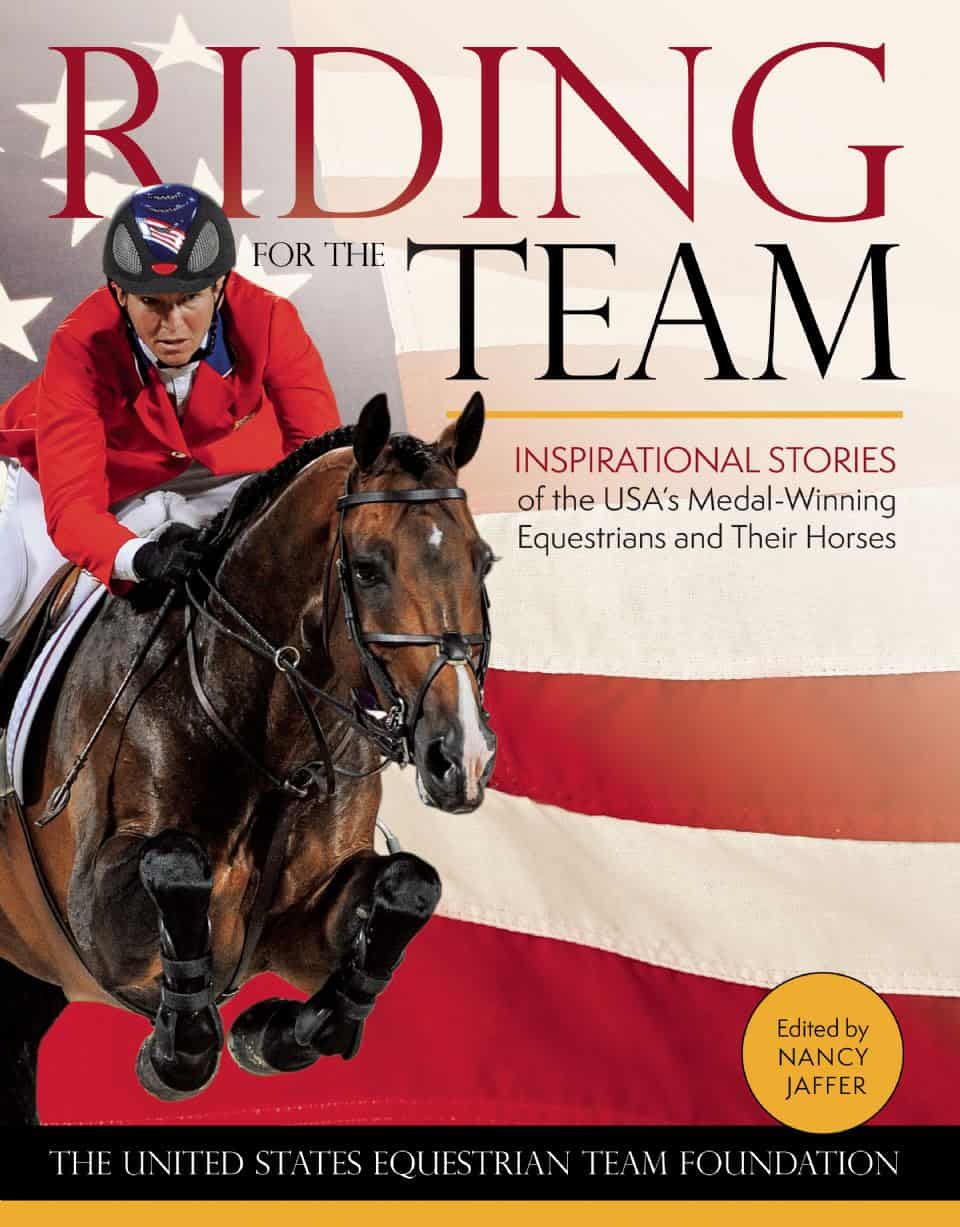 Presented as a 302-page hardback coffee table-style book full of memories and images, “Riding for the Team” features the stories of 47 athletes who have served on championship teams for the United States in all eight international equestrian disciplines and recounts their struggles, triumphs, and journeys to the top of the sport.
“The compelling stories collected in this volume, as told by the athletes who have become part of equestrian history, demonstrate how to make dreams reality, while acknowledging sacrifice as the other side of achievement,” Jaffer writes in the opening introduction. “Those who compete at the highest level share several characteristics in addition to the love and appreciation of the horse. All have demonstrated singular focus to achieve excellence, putting aside other pursuits as they strive to represent their country.”

In the book, two-time Olympic team gold medalist in show jumping, Beezie Madden, recalls making her U.S. Equestrian Team debut as a last-minute substitute. “I went double-clear and we won,” said Madden. “That was a milestone in my career. I never imagined being good enough to ride for the Team. I was a kid from the Midwest who did seven or eight shows a year until my last junior year. I wasn’t on anyone’s radar, including my own.”

Along with stories of athletes at major games competition, the book features fantastic photographs, including behind-the-scenes moments and images of top riders in their younger years, such as Margie Engle’s pony ride as a five-year-old and Phillip Dutton in his Australian Pony Club days.

The book is a sequel to “Riding for America,” published in 1990 and also compiled by Jaffer. “Riding for America” highlighted key figures on the American equestrian scene from 1976 to 1990. It followed the tradition of the 1976 volume, “The USET Book of Riding: The First Quarter Century of the USET,” which was produced by the late USET chairman emeritus and Olympic show jumping gold medalist, Bill Steinkraus.

Published by Trafalgar Square Books, “Riding for the Team” is available for pre-order on the USET Foundation website. A rare opportunity to learn more about the stars of American equestrian sport, the book also makes an excellent gift and is sure to be a treasured addition to any horseman’s library.

Watch the trailer for “Riding for the Team”!

Proceeds benefit the USET Foundation, a not-for-profit organization that helps provide funding for the High Performance competition, training, coaching, travel, and educational needs of America’s elite and developing athletes and horses in partnership with the national federation, US Equestrian.

For more information on the USET Foundation, please visit www.uset.org.

About the USET Foundation
The mission of the United States Equestrian Team Foundation is to provide the necessary resources to make equestrian competitive excellence possible, now and in the future. The Foundation supports the competition, training, coaching, travel and educational needs of America’s Elite and developing International High Performance athletes and horses in partnership with the United States Equestrian Federation. The USET Foundation is funded through tax-deductible contributions and does not receive any direct or indirect government subsidy.