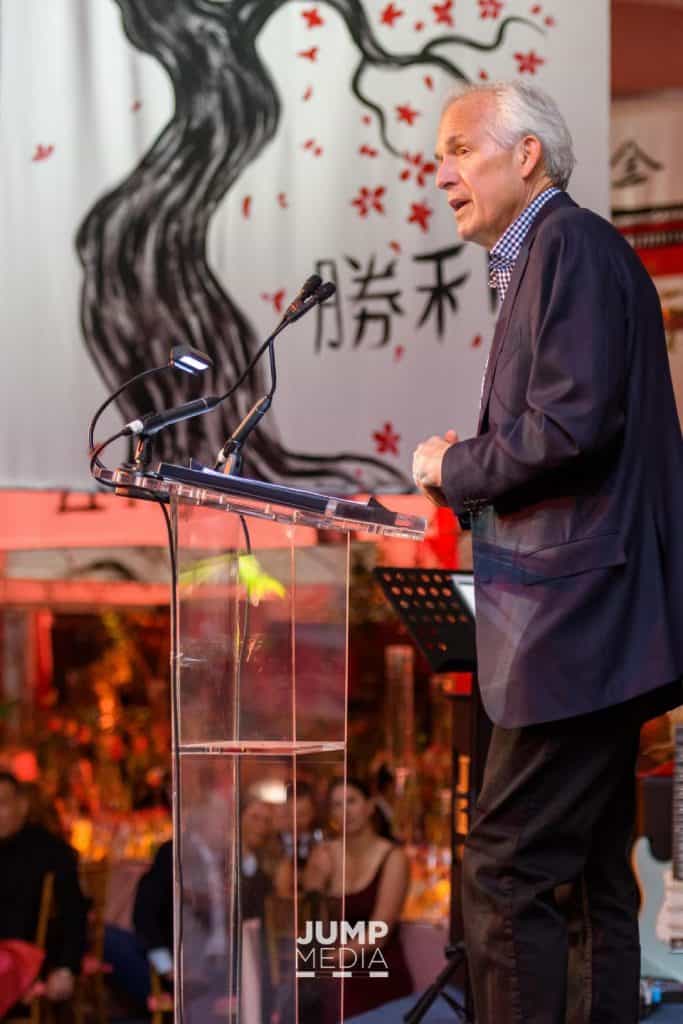 With more than 500 guests in attendance, the gala event, featuring chairs Bruce Springsteen and Patti Scialfa and hosted by honorary chairmen Lou and Joan Jacobs, raised more than $1.5 million to support U.S. equestrian athletes and the U.S. Equestrian Teams headed to the 2020 Tokyo Summer Olympic and Paralympic Games.

Those funds help put the USET Foundation one step closer to the non-profit’s $40 million “Raising the Bar” campaign goal, and, thanks to the generous support of committed donors, it was announced on Friday night that that goal is now less than $9 million away.

Since 2017, the “Raising the Bar” campaign has privately raised more than $31 million that will allow the USET Foundation to ensure that U.S. equestrian athletes and teams have the financial resources needed to be competitive around the world.

“The USET is the not-for-profit entity that funds our teams in all international disciplines – the engine that enables our teams to represent us around the world,” said USET Foundation President James McNerney in Friday evening’s opening remarks. “The funds support our High Performance programs, including our senior teams – for their travel, logistics, coaches, veterinarians.

“We also support developing teams and our emerging level athletes – the [USEF] Talent Search, for example, and the North American Youth Championships,” continued McNerney. “As you can imagine, this is an ambitious agenda, and it requires hard work and significant funding. It takes a committed community to keep us at the top of the sport and ensure we have a pipeline of talent to stay there.”

Each and every campaign donor is critical to the campaign’s success. Included among the lead donors, whose gifts have and will continue to make a lasting impact, are: 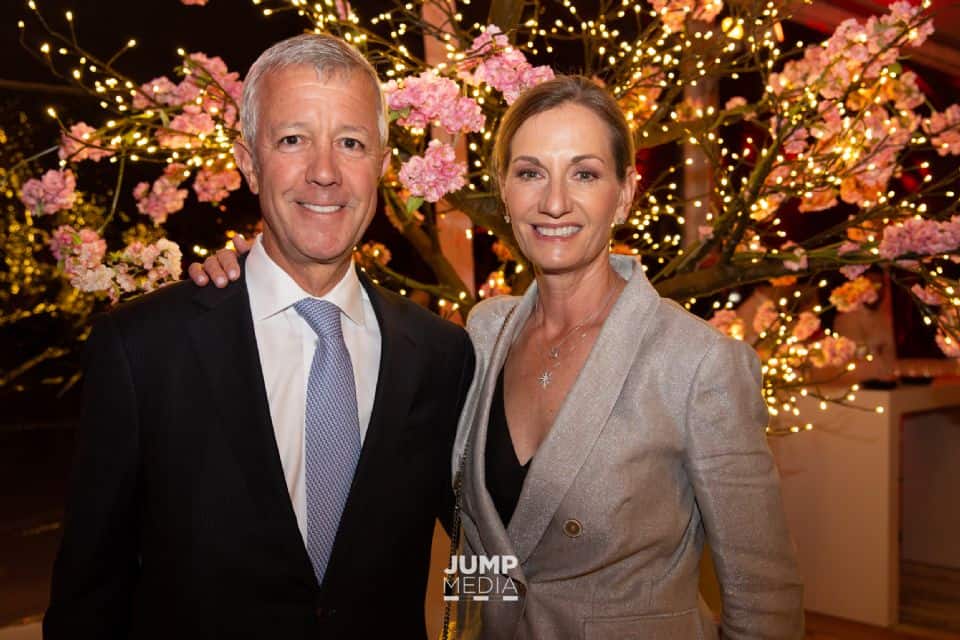 Honorary Chairmen Lou and Joan Jacobs hosted the Take Me To Tokyo gala at their Deeridge Farm in Wellington, FL. Photo by Jump Media

Springsteen and Scialfa were also among those instrumental in making a lasting impact in the success of the Take Me To Tokyo gala, thanks to their live auction donations of a Springsteen-signed Harley Davidson motorcycle and a signed FENDER guitar. Springsteen took the stage to help auction off the items, and, with Springsteen inciting higher bids by offering to start singing if the value reached a certain point, the two items raised more than $300,000 – enough for Springsteen to take over the stage and bring the full-house crowd to its feet and onto the dance floor.

Now, following the event and the “Raising the Bar” campaign’s public kick-off, the USET Foundation looks to others to help reach the final fundraising goal. 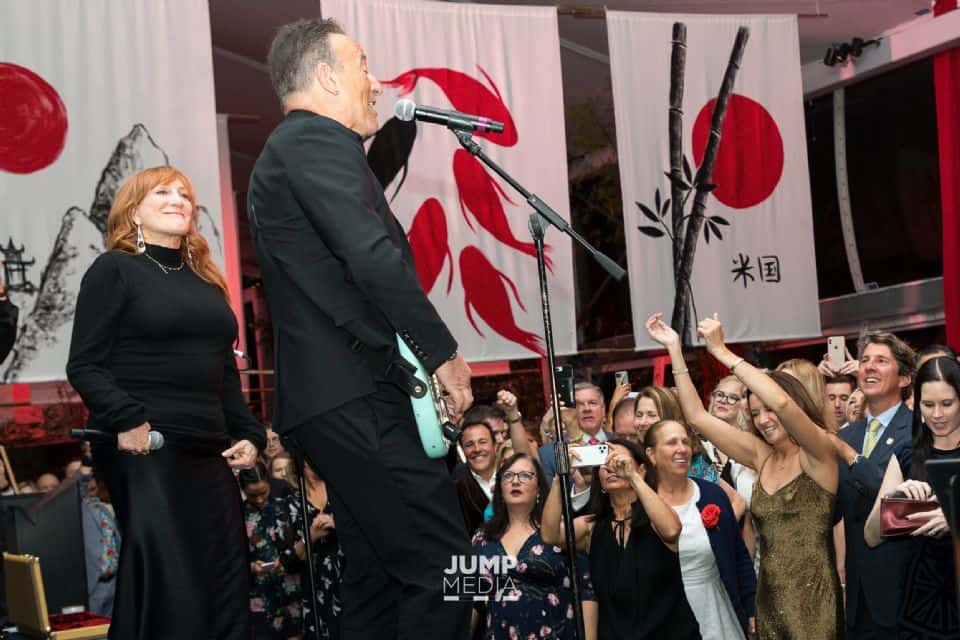 Patti Scialfa and Bruce Springsteen brought the crowd to their feet with their surprise performance. Photo by Jump Media

“In this public phase, we will need everyone’s help to reach our $40 million goal this year,” said McNerney. “We have a big year ahead with the [FEI] World Cup Finals in [the United States], and the Olympic and Paralympic Games in Tokyo. The money raised through this campaign will help fund development through senior programs, not only this year, but also into the next quadrennial.”

The USET Foundation is a non-profit organization that supports the competition, training, coaching, travel, and educational needs of America’s elite and developing international, high performance horses and athletes in partnership with the United States Equestrian Federation. To learn more and to support the Raising the Bar campaign, please visit www.uset.org.

Media interested in additional photos, quotes, and coverage from the Take Me To Tokyo gala, please contact Emily at emily@jumpmediallc.com.