Due to the Coronavirus the USET Foundation at Hamilton Farm will be CLOSED TO THE PUBLIC until further notice!

Gladstone, Nj. – It is with incredible sadness that the United States Equestrian Team (USET) Foundation has learned of the untimely passing of Brownlee O. Currey Jr. An esteemed leader and ambassador of USET and equestrian sport for more than three decades, Currey, of Franklin, TN, served as chairman of the USET board of trustees from 2013 to 2019. A USET honorary life trustee, Currey passed away on March 18, 2020, at the age of 91, in Nashville, TN. 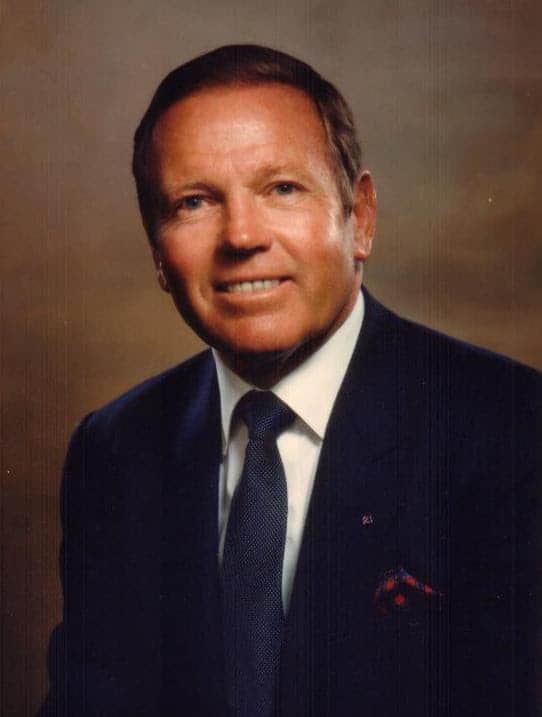 Currey’s influence spanned the entire sport. In 2016, the USET Foundation awarded Currey the R. Bruce Duchossois Distinguished Trustee Award, which is presented annually to a USET Foundation trustee who exemplifies exceptional leadership, philanthropy, and character. In addition to his stewardship of the USET, he led several charitable efforts, including chairing a benefit for the American Horse Shows Association during the National Horse Show, co-chairing the Nashville Charity Horse Show in 1985, and hosting the Music City Grand Prix to benefit Easter Seals and the Saddle Up! therapeutic riding program. He and his wife, Agneta, were also long-time supporters of The Hampton Classic.

Among his many valued contributions to the sport, he and his wife were among the proud owners of a horse syndicate and experienced Olympic glory. Their off-the-track Thoroughbred mare, Touch of Class, won individual gold with Joe Fargis aboard and contributed to team gold medal-honors for U.S. Jumping in the 1984 Los Angeles Games. In recognition of this achievement, Currey received the Nashville Area Chamber of Commerce Bronze Seal of Honor in 1984. Additionally, Governor Lamar Alexander presented Currey with Tennessee’s Outstanding Achievement Award.

Outside of equestrian sport, Currey was a successful businessman. After graduating from Vanderbilt University, where he earned a B.A. in business administration, he began working as a securities broker for Equitable Securities until 1957, when he transferred to the company’s New York office. A year and a half later, he became a director and helped manage Equitable Securities’ eastern division. After the firm was sold to American Express Company in 1968, he continued in the position of director, a senior vice president and a member of the executive committee of Equitable Securities Morton & Company, Inc., a subsidiary of American Express.

In 1970, he became vice chairman in New York of the Commerce Union Corporation, which subsequently became Bank of America.

He resigned and went on to purchase the Nashville Banner, where he held, at varying times, the positions of chairman, chief executive officer and publisher between 1980 and 1998. In 1989, he co-founded Osborn Communications, a public radio company, and served as chairman until it was sold in 1997. His widely accomplished career took a hiatus early on when he enlisted in the U.S. Air Force, serving as a fighter pilot in the Korean conflict. Following active duty, Currey joined the Tennessee Air National Guard.

He was an avid golfer and a nationally ranked senior tennis player, and he led the campaign for Vanderbilt’s Tennis Center, which currently bears his name. He was also a founder and supporter of Currey Ingram Academy. In 2019, the Watkins College of Art awarded him with an honorary Doctor of Fine Arts.

USET extends its heartfelt condolences to Agneta and the entire Currey family. His many contributions to his community, his country, and equestrian sport will be greatly missed.

A Celebration of Life will be held in Nashville and New York on dates to be determined.