Wellington, Fla. – Jan. 19, 2019 – The United States Equestrian Team (USET) Foundation is pleased to announce that dressage star Laura Graves is the recipient of the 2019 Whitney Stone Cup. The award is presented annually to an active competitor who displays consistent excellence in international competition as well as high standards of sportsmanlike conduct, while serving as an ambassador for the United States and equestrian sport.

Graves was awarded the Whitney Stone Cup during the USET Foundation’s Gold Medal Club Reception on Friday, Jan. 18, at the International Polo Club in Wellington, Florida.

“It is hard to continue to express my gratitude and it is so important to me to show how sincere I really am about this,” Graves said. “Every award and every achievement is special every time and the Whitney Stone Cup is no exception.”

Graves, who was recently named the 2018 Equestrian of the Year during the 2019 US Equestrian (USEF) Annual Meeting, and her incredible partner Verdades, a 17-year-old Dutch Warmblood gelding, have become highly-respected as one of the most talented combinations in the sport of dressage since their rise to fame in 2014. The duo was an integral part of the U.S. dressage team at the 2016 Rio Olympic Games, where they placed fourth individually and helped the team earn a spot on the podium with the bronze medal.

In 2018, they elevated their presence on the international stage, winning the Grand Prix and placing second overall at the FEI Dressage World Cup™ Final in Paris, France. Later that summer, Graves and Verdades helped their team claim second place honors at the CDIO5* in Aachen, Germany.

“I am so grateful to the USET Foundation who does so much to support our team,” expressed Graves. “I really could not do this without their support. I am a unique situation in that way — I really count on them every year and it makes me so proud that I can deliver. To be recognized again is an honor. I was actually just looking over the list of other winners of the Whitney Stone Cup, and it’s such an honor now to see my name on that list twice along with so many of the greats in equestrian sport.”

Most recently, Graves qualified and competed at the 2018 FEI World Equestrian Games™ in Tryon, North Carolina, where the U.S. team earned the silver medal. In addition, Graves also won the individual silver medal in the Grand Prix Special, the highest individual medal earned by a U.S. dressage athlete at a world championship. Capping off an extremely impressive year, Graves was the first American to be ranked No. 1 on the FEI Dressage World Ranking list.

Graves continues to give back to the equestrian community as a leader and valued teammate, a clinician as well as a volunteer for multiple USEF committees. She is a role model for many aspiring dressage competitors and is a beloved ambassador for the sport.

“Diddy is 17 this year so we’re looking to have a rather short season with him and making sure we take excellent care of him,” said Graves. “Qualifying for World Cup Finals — that’s [what we’re aiming for]. If that happens this season in Florida, we would go to Sweden in April. A big, big goal of mine is to win the World Cup Finals. I’ve come in second twice now and I’m ready to stand on top of that podium. We’ll see how he finishes up the year and how he comes out of 2019. He is still so fresh this year. There is a good possibility, if he is still fit and happy, that we could be taking him to [the 2020 Olympic Games in] Tokyo.”

This award marks the second time in Graves’ impressive career that she has been chosen to have her name carved on the Whitney Stone Cup, as she was also the recipient in 2017. Looking ahead, Graves has her sights set on achieving more success and continuing to be an ambassador for the United States and equestrian sport.

About the Whitney Stone Cup:

The Whitney Stone Cup is awarded in honor of the late Whitney Stone, who served as president and chairman of the board of the United States Equestrian Team from 1953 to 1973. Mr. Stone was instrumental in the creation of a civilian equestrian team when the Army retired from competitive horse sports after 1948. Previous Whitney Stone Cup winners are: 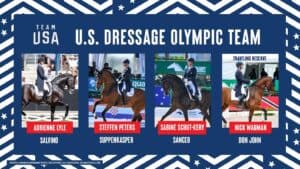 By US Equestrian Communications Department Lexington, Ky. – US Equestrian is pleased to announce the four athlete-and-horse combinations selected to represent Team USA at the Olympic Games Tokyo 2020 in Tokyo, 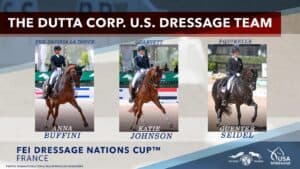 By US Equestrian Communications Department Lexington, Ky. – US Equestrian has announced the athlete/horse combinations that will compete as part of The Dutta Corp. U.S. Dressage Team at the FEI Dressage 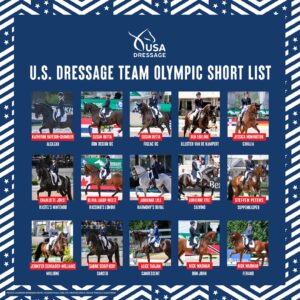 By US Equestrian Communications Department Lexington, Ky. – US Equestrian has announced the 12 athletes who have been selected to the U.S. Dressage Olympic Short List. The total of 15 athlete/horse 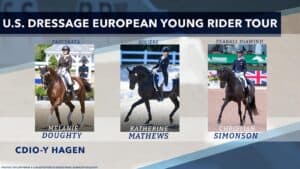 By US Equestrian Communications Department Lexington, Ky. – US Equestrian has announced the combinations for the U.S. Dressage Young Rider European Tour. The Tour provides a link to the Discover Dressage™ 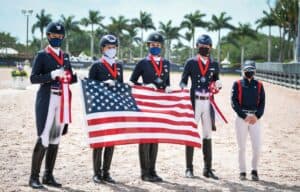