Gladstone, NJ – The United States Equestrian Team (USET) Foundation and US Equestrian are deeply saddened by the sudden loss of Patrick “Packy” McGaughan. McGaughan was a beloved member of the eventing community, devoting his life to the sport as a competitor and trainer. He passed away unexpectedly on March 12, 2020 at the age of 56.

McGaughan was destined to become a fixture in U.S. Eventing. Like many aspiring young equestrians, he competed in the 1970 North American Youth Championships. In 1984, U.S. Eventing Chef d’Equipe Jack Le Goff spotted the young rider’s evident talent and invited him to train with him at the USET Center in South Hamilton.

Years later, after obtaining a degree in psychology from Duke University, he earned a second-place finish with his mother’s 12-year-old gelding, Tanzer, at the 1987 Rolex Kentucky Three-Day Event. As a result, they earned a spot on the U.S. Eventing Team at the Pan American Games later that year. The pair produced clean cross-country and show jumping rounds to help the U.S. win team gold and place third individually. Following McGaughan’s Pan American Games success, he earned a law degree from the University of Maryland School of Law. 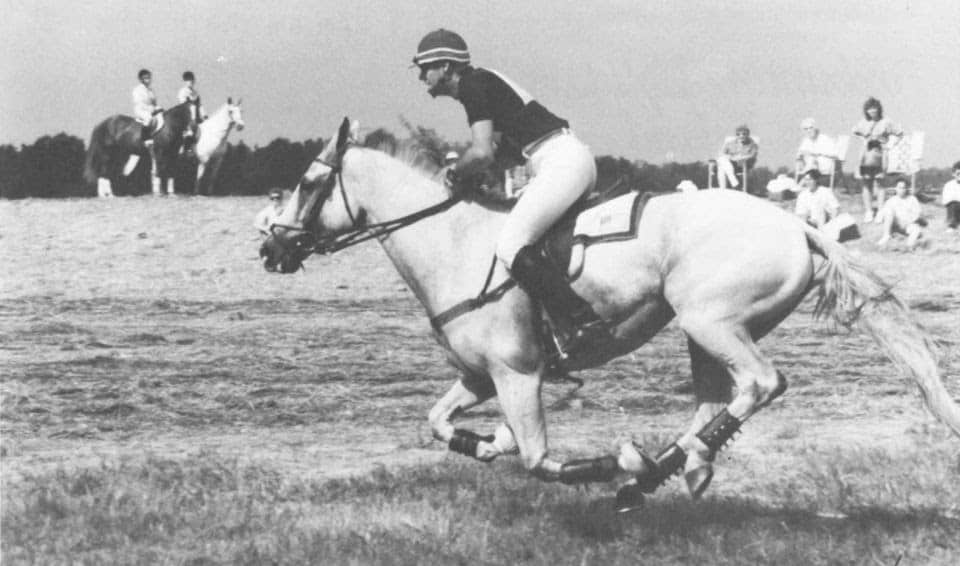 In addition to McGaughan’s competitive achievements, he was an esteemed coach and trainer in Area II, advancing horses and riders to the highest level of the sport. McGaughan ran Banbury Cross Farm in Clarksburg, Maryland, which grew into a leading training, breeding, and boarding facility for eventing, dressage, hunter, and equitation riders. One could often spot him at numerous events across the East Coast, instructing athletes across all levels of the sport.

The USET Foundation and US Equestrian extend their condolences to McGaughan’s family, friends, and students, who were touched by his love, humor, and teaching. His presence will be greatly missed.