Lexington, Ky. – US Equestrian has announced the nomination of the following athlete-and-horse combinations to the U.S. Dressage Team and Alternate for the Lima 2019 Pan American Games.

The following athlete-and-horse combinations will compose the U.S. Team (in alphabetical order): 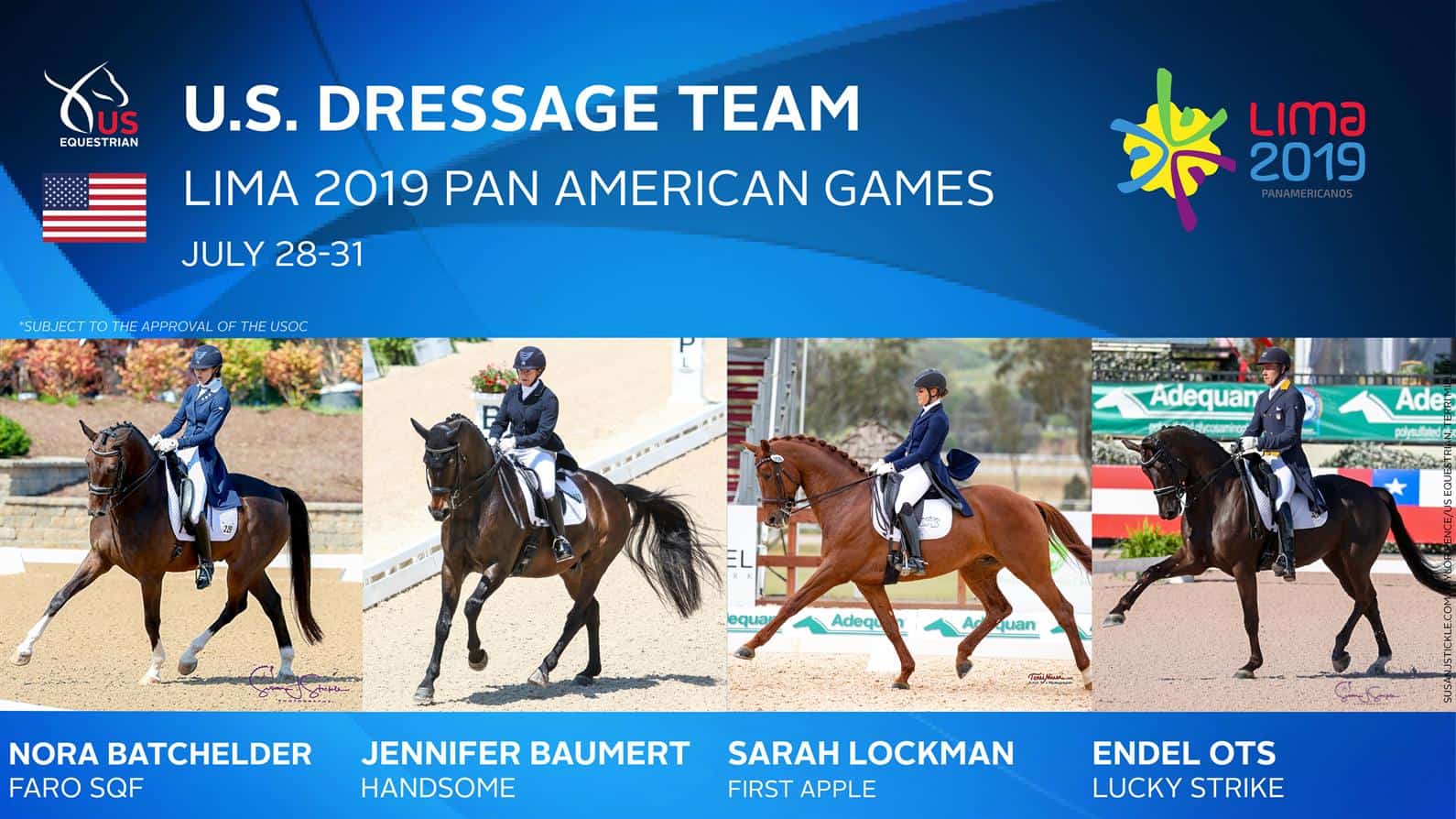 The following athlete-and-horse combination has been named as the Alternate to the U.S. Team:

The 2019 U.S. Pan American Dressage Team is subject to approval by the United States Olympic Committee.

The dressage competition will take place July 28, 29, and 31 at the Equestrian Club Militar La Molina. The 18th edition of the Pan American Games will gather around 6,700 athletes, who will participate in 39 sports and 61 disciplines, of which 22 disciplines are qualifying for the Tokyo 2020 Olympic Games. The U.S. Dressage Team secured qualification for Tokyo as a result of winning team silver at the FEI World Equestrian Games™ Tryon 2018.