The following 10 athletes have been named to the Short List (in alphabetical order): 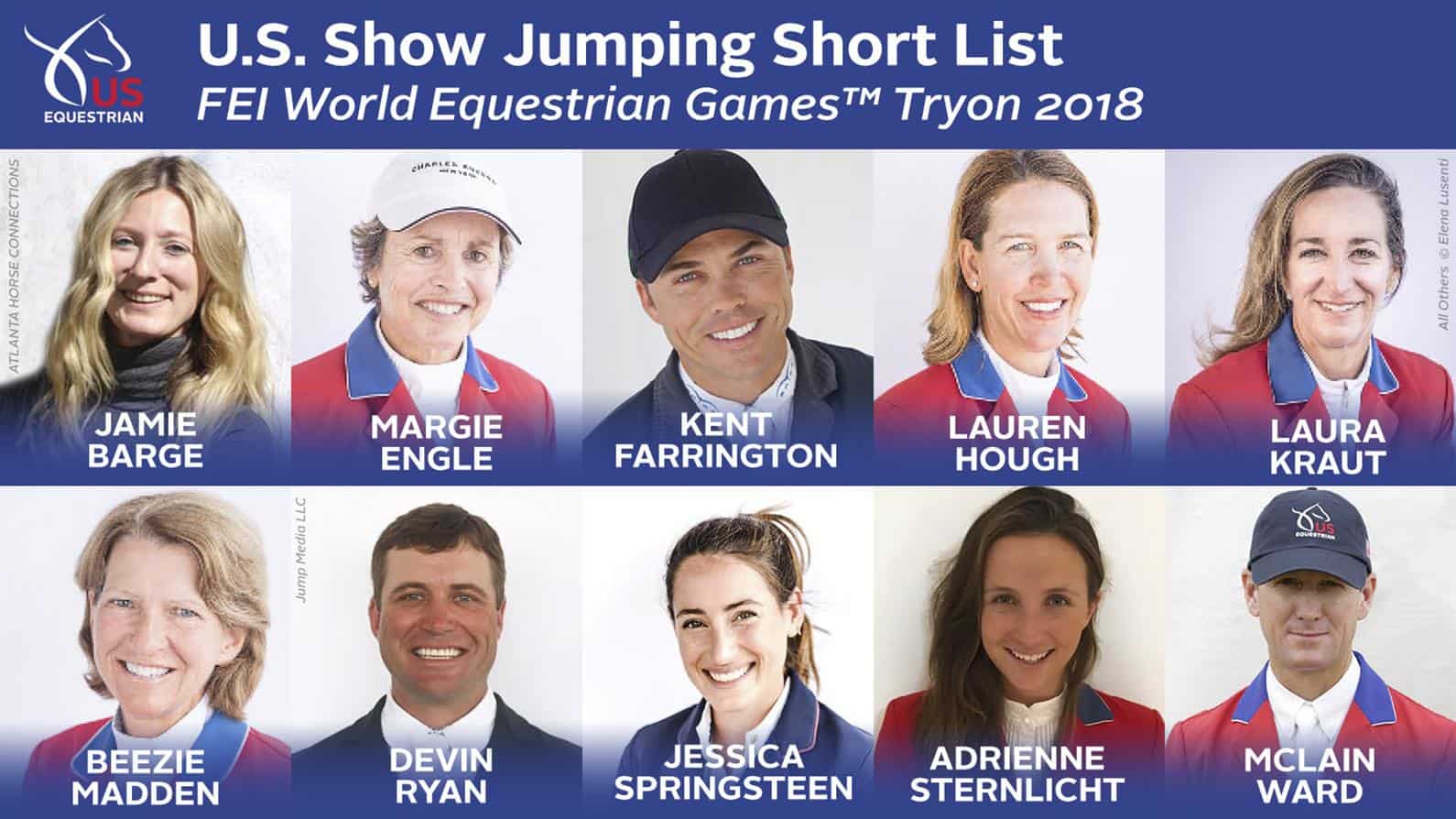 Selection was conducted over two phases with Phase I concluding in December 2017 and Phase II concluding in April 2018. The following information explains how U.S. Show Jumping Chef d’Equipe and Technical Advisor Robert Ridland, in consultation with the Advisors, selected each athlete for the Short List:

In accordance with the U.S. Show Jumping Selection Procedures for the WEG, the four highest-ranked athletes on the December 15, 2017, Rolex/USEF Show Jumping “Average Ranking List” were named to the Short List.

In accordance with the U.S. Show Jumping Selection Procedures for the WEG, the three highest-ranked athletes on the April 6, 2018, Rolex/USEF Show Jumping Ranking “Horse List”, who had not been previously selected, were recommended to the Short List.

In accordance with the Selection Procedures for the for the WEG, the Chef d’Equipe, in consultation with the Advisors, named two athletes to the Short List based on discretion.

Following the FEI Nominated Entries deadline of August 13, 2018, and no later than the closing date for the FEI Definite Entries for the Event of September 10, 2018, the Chef d’Equipe, in consultation with the Advisors, will recommend up to five athletes and 10 horses to the Squad, subject to the recommendation of the USEF Jumping Sport Committee or its designees and the approval of the Board of Directors or an Ad Hoc Selection Group approved by the Board of Directors.

By no later than the to-be-determined assigned time for the declaration of starters, the Chef d’Equipe will evaluate the horses and athletes on the Squad and will name the Team of four athlete/horse combinations that will compete as well as the fifth athlete and/or horse that will serve as the Traveling Reserve.

U.S. Show Jumping can earn its qualification for the 2020 Tokyo Olympic Games if they place in the top-six in the team event at the WEG.