“The young talented athletes that were selected for the China CSIOJ were as outstanding as I believed they would be,” said Chef d’Equipe DiAnn Langer. “Their ability to adapt quickly to a new horse and produce clear rounds in the Nations Cup was beautiful to watch.”

Rauschenbach jumped to a four-fault score in round one with Lord Mecklenburg, a 15-year-old Oldenburg stallion owned by Hus De. At the end of round one, the U.S. team was sitting in first place with a total of four faults, ahead of the Chinese, Thai, and Jamaican teams. “The horses could all jump, but they were not easy, and our riders worked to build the trust needed to produce clear rounds,” Langer said. 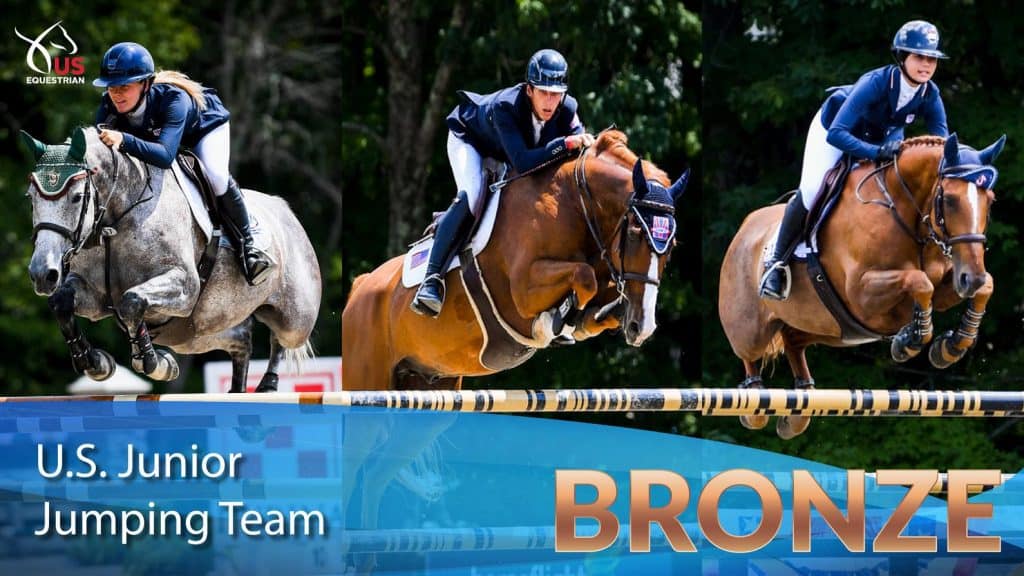 But as Rauschenbach’s horse was walking before round two, a stumble left him unable to jump in the second round. Without a third score posted, the U.S. team finished with the bronze medal behind the team from China, which finished with 16 faults for the gold medal, and the team from Thailand, which took silver with 76 faults.

“I hope they realize how great they ride,” Langer said of the U.S. athletes. “They were selected because they had shown the ability to ride many different horses. The biggest lesson came when we were just one score from the gold medal, and then with only three riders and no dropped score suddenly they learned to be gracious when things went upside down.”

Earlier in the week, Rauschenbach placed fourth aboard Lord Mecklenburg in the Grand Prix for Juniors with a fast four-fault first round, while Long placed sixth riding Quintino and Perkovich claimed 10th with Chiquarina.

“I must congratulate the trainers of our team riders for the job they have done to produce these three incredibly talented and engaged riders,” Langer said. “The skill and focus they all have is amazing. This team was certainly one of the best I have had the honor of being the Chef for. I anticipate great things from each one of them in the future.”

Langer emphasized the educational value of sending young riders to compete in Nations Cup competition. “The people of China are warm and inviting people,” she said. “The competition has huge potential to grow and host more countries for this great opportunity to compete in China.”