Paul Cormier Will Take Dressage Over Whiskey Any Day

This longtime USET Foundation donor and equestrian spends his days giving back to the sport that has captivated him for decades.

It was the winter of 1978. With three feet of snow already on the ground and a blizzard howling, most residents of the small town of Acushnet, Mass., were sheltered in their homes.

Not Paul Cormier, though. He was hard at work breaking in Johnny Walker Black, a young Oldenburg/Thoroughbred/draft cross.

Paul purchased the gelding as a 2-year-old. He named the horse for his color and, Paul jokes, for “what I had to give up to be able to afford a horse.” For Paul, no luxury — not even expensive scotch — could compare to the thrill of dressage. The sport is his life’s passion, what he devotes his evenings, weekends and vacations to.

Yet, unless you’re part of the New England dressage community, you’ve probably not heard Paul’s name. He keeps a low profile. Doesn’t seek out the spotlight. Devotes his energy to dressage out of a pure, steadfast love for the sport.

Airs Above the Ground: A Life Devoted to Artistry

For nearly 30 years, his partner was Johnny Walker Black. The gelding was not what you’d expect in a dressage horse. He wasn’t an expensive Warmblood, and he was on the small side, “15.3 no matter which way you measured him,” says Paul.

With the goal of learning how to pursue dressage as an art form, Paul worked closely with Karl Mikolka, a former Chief Rider at the Spanish Riding School. With Karl’s expertise, Paul and Johnny Walker Black learned how to perform airs above the ground.

Airs above the ground are an incredibly difficult set of classical dressage maneuvers that are no longer required in traditional competitions. They demand agility, balance and focus as the horse physically leaves the ground to perform the movements.

Yet, despite his accomplishments and drive, Paul is not a dressage professional. Competition has just never been his biggest focus. He’s simply a man with a deep love of dressage who has devoted every spare moment he can to perfecting his craft.

Paul worked in retail for over 40 years and planned his vacations around horse shows. Now retired, he helps other horses and riders navigate the complexities of dressage competitions.

Giving Back to the Sport He Loves

In the early 1990’s, he began working with his local dressage organization, the New England Dressage Association (NEDA). He’s acted as grounds manager for their Fall Festival, served on the board of directors and was president of the organization from 2004-2010. He has also served on boards and committees representing NEDA for the USDF.

Today, Paul continues to serve as a USEF technical delegate, holds a position on the board of directors and also manages the group’s spring competition — a role he’s had since 1996 and, even in retirement, doesn’t imagine stopping any time soon.

As for what being a technical delegate requires, Paul says, “You have to like rules.”

In 2012, Paul obtained his large “R” technical delegate license and his FEI Level 1 Steward’s License, two training programs that ensure technical delegates know the exact details of competition regulations. A few examples might include keeping an eye out for any illegal tack or animal cruelty — something that, Paul is quick to note, is very rare at dressage shows.

“Dressage riders pamper their horses,” he says. “But we’re there to make sure it’s a level playing field for all the competitors.”

And of course, it comes as no surprise that Paul loves to follow Team USA Dressage. “I don’t really have any favorite athletes,” he says, chuckling. “They all ride better than I do!”

For Paul, giving back to the U.S. Equestrian Team Foundation is, to put it simply, “a good thing to do. It promotes equestrian sports.” And some things never change: “I got a couple bucks, I’ll donate it to the Foundation instead of going to the bar,” says Paul. “I’d rather be with the horses anyway.” 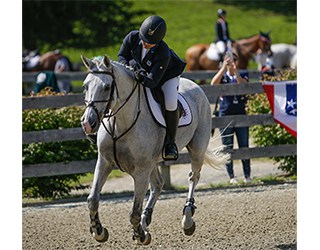 18-year-old Samantha Cohen and her long-term equestrian partner, Carmen, have become an unstoppable force at home and abroad. 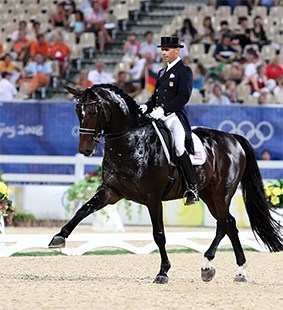 After years in the limelight, Steffen Peters’ long-time partner is enjoying retirement. Here’s what Ravel’s up to these days, and why you should use your “inside voice” if you ever meet him. 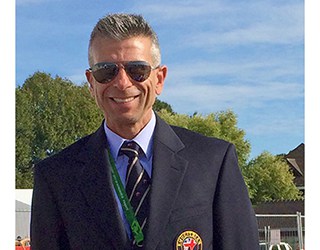 Meet the Man Developing the Future of Para-Equestrian Sport

With Michel Assouline at the helm, American para-dressage looks bright.