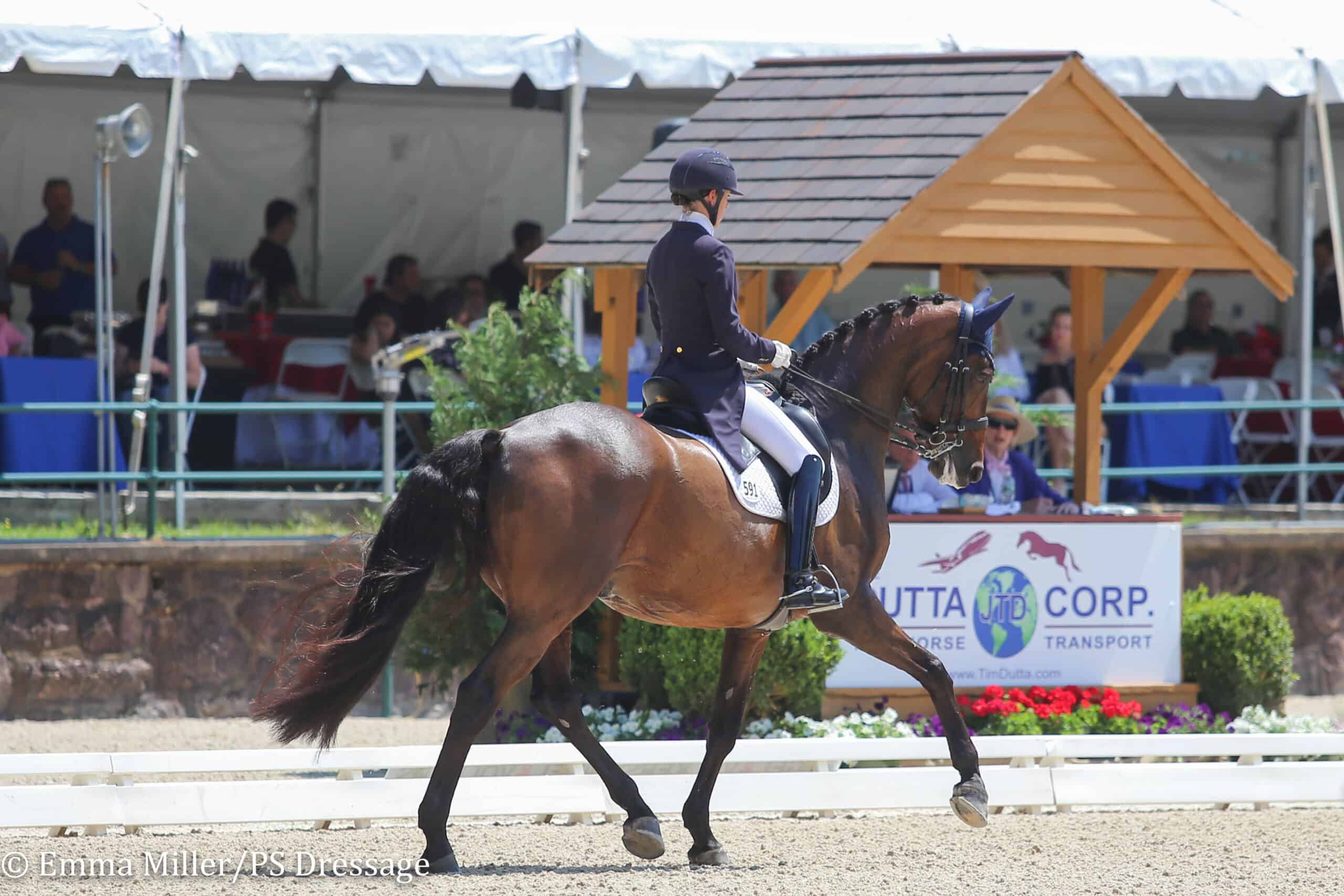 Gladstone, N.J. – May 19, 2017 – On the second day of The Dutta Corp. U.S. Dressage Festival of Champions, held at the historic United States Equestrian Team (USET) Foundation headquarters, Olivia LaGoy-Weltz and Lonoir, a 13-year-old Danish Warmblood gelding, rode into first place in the Grand Prix Special with a score of 70.686 percent.

“I think for Lonoir, most of the time it’s his harmony,” LaGoy-Weltz explained about what makes him successful in the ring. “It’s the fact that he’s going through it without any issues. That’s usually what people like about him.” 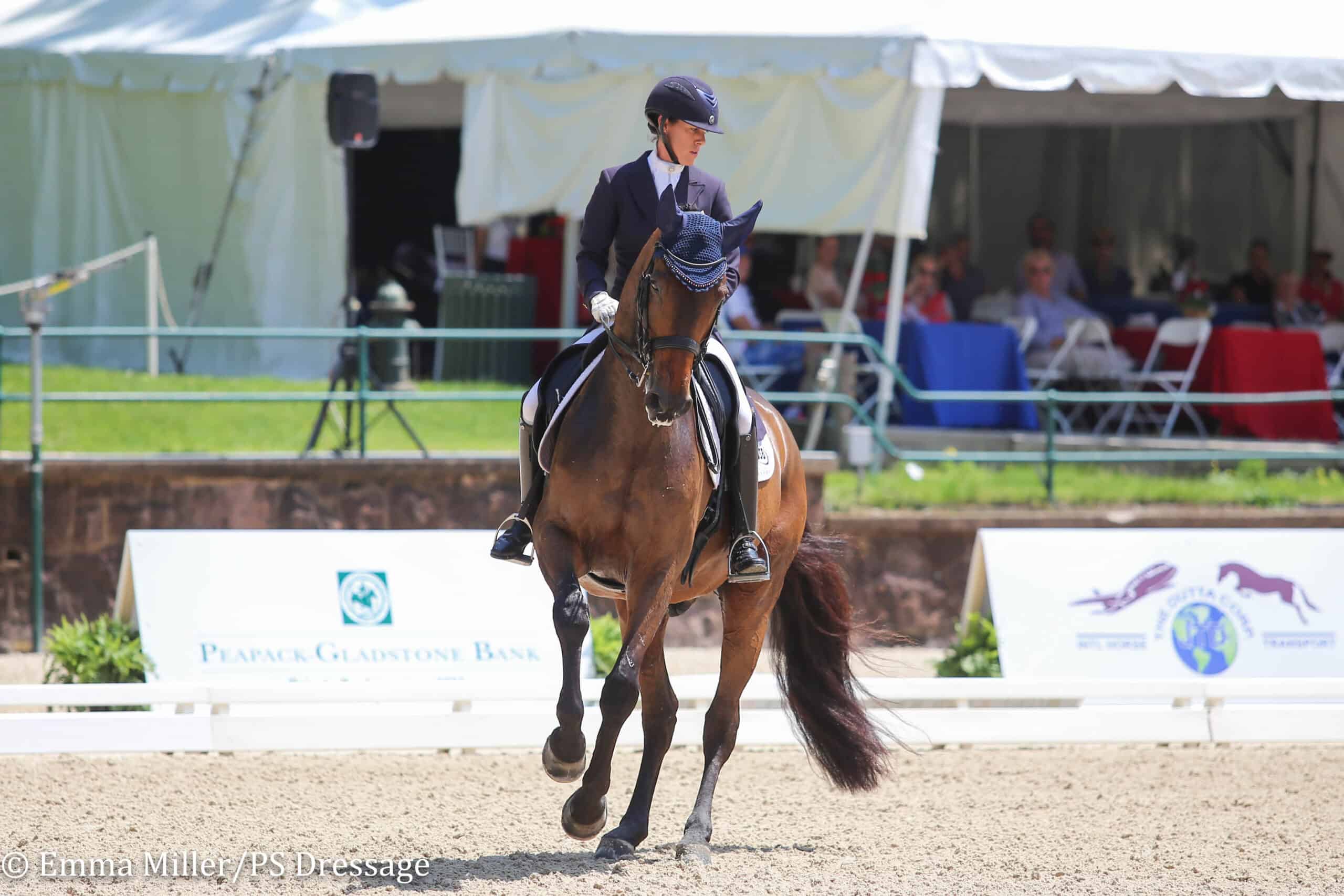 Earlier in the year, the pair won two Grand Prix Specials in Wellington, Florida, and in Thursday’s Grand Prix they placed third with a 70.4 percent

“He’s a very helpful horse,” LaGoy-Weltz continued. “So the more he knows his tests, the better, actually. He usually tries to help versus trying not to help.

“I’ve trained a few horses to Grand Prix, but not one of his caliber, and never at this level,” she said while discussing her training program with Debbie McDonald. “It’s really nice to be around other people doing it so you can be inspired with someone who has done it so many times. I think you have people who are just really good riders and then you have people who are also really good coaches — [Debbie] is both.”

Coming in second place was Adrienne Lyle and Salvino, a 10-year-old Hanoverian stallion, with a score of 70.314 percent.

“Overall, I was really happy with him,” Lyle said. “I thought he showed great potential for high scores. He’s very green at this still, but the quality that I was able to get out of him I am very excited for.

“We’ve only done one Special at CDI and one at national [level],” she explained. “I thought the parts that I wanted to improve on from yesterday were better — I thought the trot work and passage work was stronger today.”

P.J. Rizvi and Breaking Dawn, a 16-year-old KWPN gelding, are also new to competing the Grand Prix Special, and they took third place with a score of 69.569 percent.

“This is our second special,” Rizvi said. “I am absolutely thrilled. It’s amazing because he’s a really forward horse. He thinks he’s 6 years old instead of 16. So I like that he doesn’t know what’s coming up because he really waits and listens to me — I think it’s a great test for him.

“For me, Edward [Breaking Dawn] is a once-in-a-lifetime horse,” she said. “I started at this a lot later in my age, so I’m really grateful to be here. To get to this level is more than I could ever ask for, so I just take it as it comes. I just keep trying my best. You can’t do better unless you show.”

Olympian Kasey Perry-Glass and Goerklintgaards Dublet still hold their overall lead in the Grand Prix National Championship with a current calculated score of 60.577 after the second day of competition.