Meet the Shoemaker to the U.S. Eventing Team’s Biggest Stars

For almost five decades, a love of art and a passion for innovation have made Steve Teichman one of the most creative—and most sought-after—farriers in the business.

As a kid, Steve Teichman wanted to be an artist. Thanks to some fatherly intervention, that’s exactly what he became — though not in the way most people, including Steve, might have expected.

For the past 48 years, Steve has worked as a farrier, shoeing hundreds of High Performance horses. Today, he’s in Lima, Peru, with the U.S. Eventing Team. Steve’s hoping his mad metal-working skills will help the Team come up big at the Pan American Games as they seek to earn a spot at the 2020 Olympics in Tokyo.

Accompanying the Team in Lima is just the latest step in a fascinating journey Steve began when he was just 13 years old, one of 10 siblings growing up in Pennsylvania. “My father wanted everyone to go to college, but I wanted to go to art school,” Steve recalls.

So, Steve and his dad reached an unusual compromise: Steve would spend some time working with a farrier in Delaware before heading off to college. That time proved transformative for Steve, who discovered an unexpected passion for horseshoeing. He felt creatively challenged — and fulfilled — by the work. “Although I accidentally got into horseshoeing, ultimately I really loved it,” he says.

Although Steve did end up going to college — and graduated with degrees in biology and art — he realized he wanted to pursue a career in horseshoeing after an internship at the prestigious New Bolton Center, the large animal hospital at the University of Pennsylvania in Kennett Square, PA.

Since his early 20s, Steve has run a large practice and worked on horses of all shapes and sizes. In the process, he’s found that his true interest is event horses. “Even if I try to diversify and pull away, I always seem to wind up getting drawn back to the eventing industry,” he says. “It’s really where you learn how to shoe horses.”

Due to the unique nature of eventing, including three vastly different phases, dressage, cross-country and stadium jumping, the horses present unique challenges compared to the other disciplines.

“Your hunters and jumpers have their own problems,” says Steve, “but those horses are only in the ring for 90 seconds compared to event horses, competing on unknown footing for 10 or 11 minutes.” 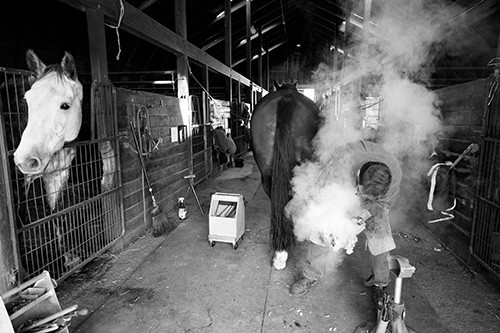 These challenges are what Steve loves most about his job, and what has inspired him to evolve and innovate. Trained traditionally, Steve realized over time that old-school beliefs were sometimes inaccurate or irrelevant. Through education and trial and error, Steve has developed new ways to help horses stay competition-ready. His inventive approach is part of how Steve incorporates art into his daily work.

“You build up a playbook to solve problems as the seasons go on,” he says. “Every day is different; every horse you work on is different — it’s just kind of a mixed bag of things. You challenge a lot of the things you’re taught, current theories on how things are supposed to work with how they actually work. That part of it, I really enjoy. It satisfies the creative side of me. Your imagination is your limit, really.”

To get ready for major international competitions like the Pan Am Games, Steve combines his imagination with observation. His preparation for Lima, for example, went on for months as he attended competitions and got to know each individual horse — how they warm up, their shoe size, type of shoe they wear, problems they’ve had, etc.

Then comes the tricky part: packing and shipping all the necessary equipment. “You can’t just throw a toolbox, stall jack and some nails in your box and go,” he says. “It really has to be packed for each individual horse. Typically, I might bring a thousand pounds of tools,” including forges, anvils and more, he says. He also notes that gas fittings vary in different countries, so he brings his own collection of gas fittings from around the world to ensure he’s able to operate.

Outside of serving horses and the athletes who ride them, Steve enjoys spending a different kind of creative time in his metal studio. “I do a lot of custom jewelry and metalwork,” he says. “It works together with horseshoeing. It keeps me fresh and sharp.”

Boosted by pros like Steve – and backed by generous supporters like you – the entire U.S. Equestrian Team is set on bringing home medals from Lima.

“It’s important to know the massive amount of teamwork it takes to get these horses to do the job,” says Steve. “There is a pyramid, you’ve got barn managers, physiotherapists and you’ve got the grooms, who are amazing and they work so hard. I think people need to realize the pyramid of support underneath to get all of this done. It’s huge.”

And, of course, there is YOU, the donor. Without you, none of this would be possible! 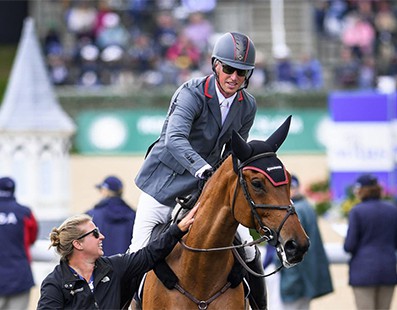 After two decades in the sport, Doug has secured his first Team USA spot. Now, he and his “athletic freak of nature” equine partner are ready to show the world what they’re made of. 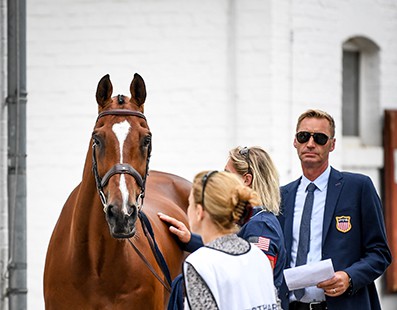 Erik Duvander is dialed in for the Pan Am Games but is also looking to build the next generation of American Eventing talent. 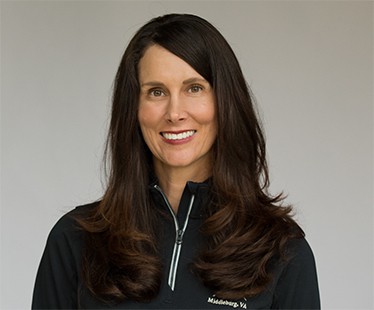 She’s Doing Her All to Get our U.S. Eventing Team to Tokyo Next Summer

It’ll take a first or second place win at the Pan American Games to get to Tokyo and no one will be happier than Susan Johns to see it happen.

PrevPreviousTraveling with Your Horse? Better Let this Expert Handle It
NextShe’s Doing Her All to Get our U.S. Eventing Team to Tokyo Next SummerNext