The 88-year-old horsewoman ran Coppergate Farm with her husband for more than 40 years. Now, she stays connected by supporting the U.S. Equestrian Team.

For more than 40 years, Lyla Florio and her husband, Tom, were known throughout the horse world for the horse shows they ran at Coppergate Farm in Basking Ridge, N.J. They also offered an extensive lesson program to help young riders achieve their equestrian goals.

Now 88, and retired since 2012, Lyla is still deeply invested in developing talented U.S. riders. Instead of teaching them in the ring, she’s backing their dreams as a dedicated U.S. Equestrian Team Foundation supporter.

“Being a horse person, you want to see what you lived and did for all those years, do well,” Lyla says. “I knew and know a lot of the professionals who are riding in all the disciplines. And I’m very anxious to see them stay on top of the profession.”

Lyla knows the ins and outs of the horse industry and fully understands just how exhausting it can be. That’s why she believes the athletes deserve all the support they can get.

“They’re very hardworking people and it’s a tough business,” she says. “I missed a lot of family functions and weddings because we were at a horse show and couldn’t go.”

The Beginning of Coppergate Farm

Growing up in Brooklyn, N.Y., Lyla began riding at age 4, and has been a “horse nut” all her life. She first rode gaited horses and then hunters and jumpers.

She and Tom met as kids — in those days, Lyla remembers, there were about seven stables within a few blocks and several hundred horses. “We all had plenty of places to ride and everybody knew each other because people were so close,” says Lyla.

While Lyla and Tom stayed in occasional touch as friends, they reconnected at a horse show at Madison Square Garden as adults, both going through divorces. “That’s how we started to ride together again,” says Lyla. And the rest, as they say, is history — Lyla and Tom were married for 50 years until his passing in 2013.

At Coppergate Farm, Tom did most of the teaching and showing, and Lyla took care of the office and administrative work — while also commuting to Manhattan every day for her 9-to-5 job as a fabric buyer for a sportswear company.

“I made that long commute for 20 years,” she says. “My husband stayed on the farm and took care of the business, and we lived right on the farm.”

In addition to their extensive lesson program — teaching a couple of hundred riders a week — Lyla and Tom found time to run “A” shows for about 15 years. “We ran four to five shows a year,” says Lyla. “That was very, very time-consuming.”

The job required perfection on every level — grounds, showrings, ribbons, trophies and judges. And Lyla and Tom knew how to achieve it. For 11 years in a row, Coppergate Farm was crowned the best horse show in the state by the New Jersey Horse Show Association. “It was amazing,” Lyla says with a chuckle.

But the work came with its share of difficulties. 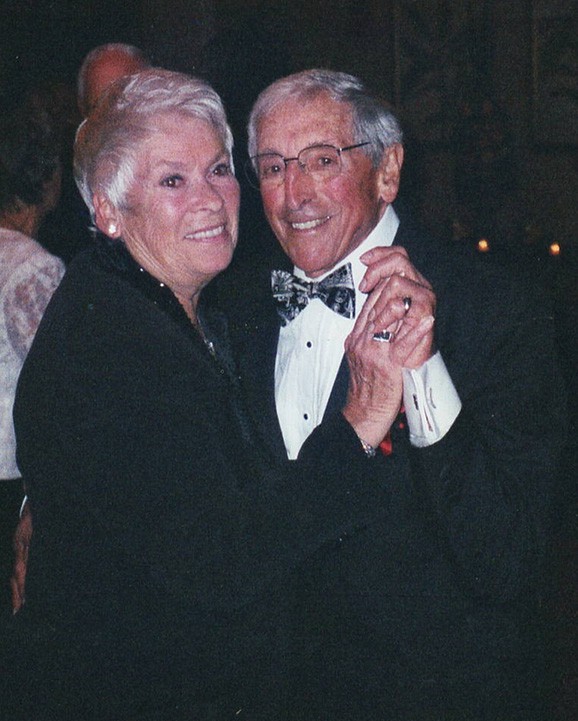 “The most challenging aspect of all of it was making a living,” Lyla says. “It was hard. The hours were very long and the lessons were something that kids could afford, like $15 or $20.”

After retiring and closing Coppergate Farm in 2012, Lyla and Tom decided to move south and embrace the sunshine of Wellington, Fla.

The couple became frequent spectators at the famous Wellington horse shows that run from January to March. “We had a box fare and we went almost daily,” says Lyla. “We watched all the classes — the hunters and jumpers mainly.”

Today, Lyla doesn’t go to the shows quite as often, but she still follows the horse world.

“Now that I’m single and by myself, I find some other stuff to do, but I still have all my horsey friends down here,” she says. “I love the horses and I love being part of the community.”

When Lyla reflects on how horses impacted her life, she’s grateful and content.

“From beginning to end, it was a very exciting way to live. Something totally different,” she says. “The whole thing was just a wonderful ride, all the way.” 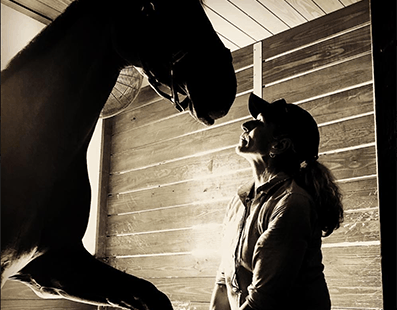 Riding the Ups and Downs of the COVID-19 Crisis

Running her own farm while also competing internationally has taught dressage star Olivia LaGoy-Weltz how to handle the unexpected — and that’s more crucial than ever now. 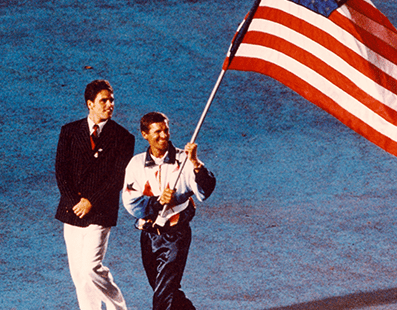 Halfway through his career as a world champion show jumper, Michael Matz decided to try something new: thoroughbred racing. 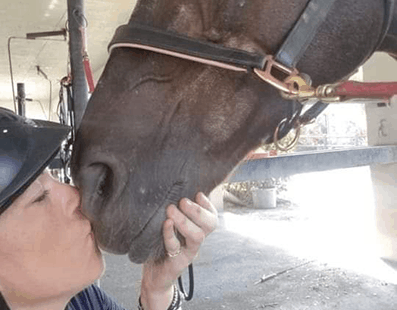 When Roxie Trunnell’s Life Was Turned Upside Down, a Special Horse Kept Her Grounded

In February 2020, the 34-year-old became the first U.S. rider to be ranked #1 in the world for para-dressage