Enschede, the Netherlands – Tamie Smith and Mai Baum were the highest placed combination of the Land Rover U.S. Eventing Team at the FEI Eventing Nations Cup™ The Netherlands hosted at the Military Boekelo CCIO4*-L in Enschede, the Netherlands, earning a final score of 31.9 for 11th place out of a competitive field of 97 starters. The Land Rover U.S. Eventing Team, comprised of Tamie Smith, Liz Halliday-Sharp, Jennie Brannigan and reserve Matt Flynn, was led under the guidance of Chef d’Equipe Erik Duvander.

“The purpose for this year’s Boekelo team was to give these riders the opportunity to be tested under pressure in a team environment while traveling abroad,” Duvander said. “We held a four-day training camp prior to the competition where it was made clear to the riders that they were being tested on their ability to work together as a team. The riders had to put forward their performance expectations and identify what they wanted to get out of the trip. This will all be reviewed through a questionnaire and post-competition interview with each rider.

“The four days spent at training camp were useful in that the riders had time to get comfortable with me, and I had time to get to know the combinations better, as the majority of these horses were not on the High Performance training lists,” said Duvander. “The idea was to get away from their busy day-to-day environments and then narrow down their focus for this event. All of the riders stepped up and put a focus and emphasis on being good team members while maintaining a competitive edge.”

In addition to acting as the FEI Eventing Nations Cup™ Final, the Military Boekelo CCIO4*-L served as the final event to test the new Olympic format of teams of three plus one reserve before the Tokyo 2020 Olympic Games. FEI eventing judge and dressage instructor James Burtwell also traveled to Boekelo and worked with each of the U.S. riders prior to riding down the center line in their dressage tests.

“This team was about investing into combinations that could be competitive in three years’ time at the 2022 World Games,” Duvander said. “I am very positive about the possibilities around this group of riders and the quality of the horses. I was also delighted to see more than 50 owners and supporters who made the effort to come out to the Netherlands and support our team. I hope it was a joyful experience for them and an opportunity to connect more with what we are aiming to achieve in the High Performance program. I wish in the future to regularly replicate this experience for our supporters at Boekelo.”

Originally named to the team, Frankie Thieriot-Stutes unfortunately had to withdraw Chatwin, The Chatwin Group’s 11-year-old Oldenburg gelding, prior to the start of the competition. However, Stutes still traveled to Boekelo to participate on the ground as a learning opportunity, and several of Chatwin’s owners also still made the trip over to support the team.

Jenni Autry, newly appointed Managing Director of Eventing, noted the strong U.S. contingent both mounted and on the ground. “The positive environment and strong camaraderie within the team and amongst our supporters as a whole set the tone for the trip. We are incredibly grateful for the enormous effort made by all who traveled to Boekelo,” Autry said.

With a strong village to cheer on the Land Rover U.S. Eventing Team, the leaderboard saw many changes within the team and individual standings through the four days of competition.

Tamie Smith (Murrieta, Calif.) and Mai Baum, Alexandra Ahearn, Ellen Ahearn, and Eric Markell’s 13-year-old German Sport Horse gelding, led the team in all three phases. After earning a score of 26.7 in dressage, Smith and Mai Baum were sitting in eight place heading into Saturday’s cross country test. Their clear ride around the cross country course, designed for the first time this year by Adrian Ditcham, acquired 0.8 time penalties, moving them into seventh place. In show jumping, they dropped one rail and added 0.4 time penalties to finish in 11th place with a final score of 31.90.

“Having the opportunity to compete at Boekelo this year was invaluable. At this level, it is about how to shave every tenth of a point off your score. Observing and competing with the best in the world is something the U.S. riders must continue to do in order to rise to be the best,” Smith said. “Having that experience has been instrumental in developing me. I’m grateful to have had this practice to ride on a team and strategize how to produce our best result. My lessons learned with each trip abroad have catapulted my results at future competitions. I would not have been able to gain this exposure without the continued support of USEF’s sponsors and USET Foundation donors who are helping the team become the best.”

After producing a solid dressage test earning a score of 31.7, Liz Halliday-Sharp (Ocala, Fla.) and Cooley Quicksilver, the Monster Partnership’s eight-year-old Irish Sport Horse gelding, moved up the rankings after a competitive cross-country ride on Saturday. Adding only 2.4 time penalties and jumping clean boosted them into the top 25 heading into the final phase. Their show jumping round resulted in two rails down for a final score of 42.10.

“It’s always an honor to be part of a team and to get the experience that comes with it. This week in Boekelo was particularly useful, as it was not only a chance for me to be in a team scenario with a young, up-and-coming horse, but it also gave us the chance to test out the Olympic format,” Halliday-Sharp said. “The whole team worked well together, and we all did our very best to deliver good performances in each phase. I think both horses and people have learned a lot this week, and we will all come away knowing what we need to work on to continue improving our competitive performances.”

Brannigan noted that although her cross country round did not go to plan, the experience and being part of the team was invaluable: “Being able to work as a good team member, even when it didn’t go my way – and then jumping around clear on Sunday after feeling very disappointed about letting the team down – was a huge learning takeaway from the experience. I believe in the U.S. and Erik as a coach and was honored to be selected to [the team].”

Reserve Matt Flynn (Reddick, Fla.) made his team debut with Wizzerd, A. Patrick Flynn, Kathleen Flynn, and Merry Go Round Farm’s 10-year-old KWPN gelding, earning a 32.9 in dressage and jumping a clear cross country round with 22.0 time penalties. On the final day in show jumping, one rail down and 2.8 time penalties saw them complete on a final score of 61.70.

“Our team effort was epic,” Flynn said. “Jennie stood by in my warmup after her fall. Liz was right there overseeing Wizzerd in cool out. Tamie met me in the stables before my round and at the finish. Frankie came halfway across the world to have our backs every inch of the journey. I learned more than I can express.” 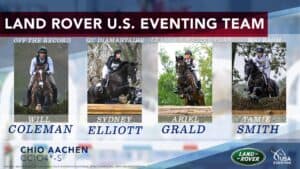 By US Equestrian Communications Department Lexington, Ky. – US Equestrian is pleased to announce the athlete-and-horse combinations selected to represent the Land Rover U.S. Eventing Team at the CHIO Aachen CCIO4*-S 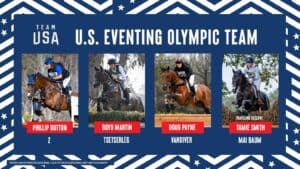 By US Equestrian Communications Department Lexington, Ky. – US Equestrian has announced a substitution to the U.S. Eventing Olympic Team ahead of the Olympic Games Tokyo 2020. Deniro Z, a 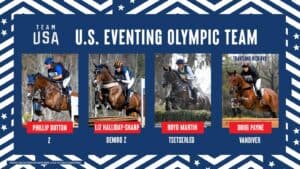 By US Equestrian. Communications Department Lexington, Ky. – US Equestrian has announced a horse substitution for the U.S. Eventing Olympic Team ahead of the Olympic Games Tokyo 2020. The Luke 140 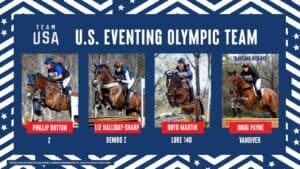 By US Equestrian Communications Department Lexington, Ky. – US Equestrian is pleased to announce the four athlete-and-horse combinations who will represent the U.S. Eventing Olympic Team as part of Team USA 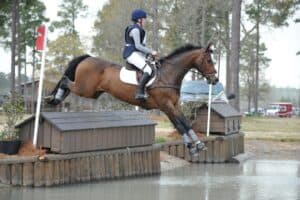