The home of the United States Equestrian Team is a special place for special talent — with a rich history extending back over 100 years. Hidden in the midst of foxhunting country near Gladstone, New Jersey, the once 5,000-acre estate known as Hamilton Farm serves as an important symbol of equestrian sport in the United States. 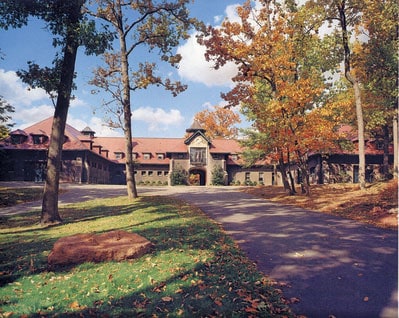 It all began in 1911 when financier and horseman James Cox Brady purchased 180 acres near New York City. The stable was constructed during 1916-17 to house his collection of prize horses. At the time of completion, it was described as the largest and most lavish stable in the United States. The stable is stucco over brick, reinforced with steel. The ornate interior included carriage rooms, corridors and harness rooms with self-supporting tile ceiling vaults, glazed tile walls, terrazzo floors and brass fittings. The fifty varnished hardwood box stalls, each twelve feet square, had cork brick floors. The arched center entrance led to an octagonal rotunda with a glass ceiling. The second story trophy room featured a spectacular stained-glass ceiling; hand carved walnut trophy cases and oak flooring.

Brady and his guests delighted in observing the horses below in the rotunda through the oval, plate glass window in the center of the floor. Sculptors were brought over from Italy to craft three magnificent bronze weathervanes, currently on display in the USET Foundation offices, for the roof, one of which was based on Brady’s favorite Hackney stallion, Hamilton Model.

After Brady’s death in 1927, his wife Helen McMahon Brady maintained operations. During World War II, she was responsible for the conversion of the entire stable complex into an emergency hospital for merchant marine seamen who had endured shipwrecks and torpedoes during the war. Hamilton Farm Base Hospital No. 1, complete with operating room and facilities for 200 patients, was in service from 1942 to 1947, serving some 5,000 seamen during that period. 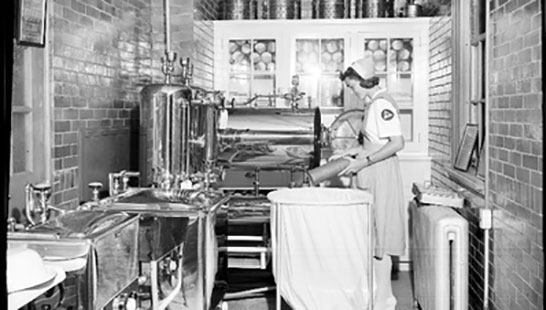 In 1961 the stable and considerable acreage were leased to the United States Equestrian Team for a headquarters and training center. The USET was founded in 1950 to fill the void created by the dissolution of the U.S. Cavalry, which had been responsible for fielding international equestrian teams. The non-military riders and horses lived and trained at the Gladstone facility.

The Hamilton Farm Stable, listed on the National Register of Historic Places, remains home to the USET Foundation’s headquarters and offices for US Equestrian’s High Performance staff. 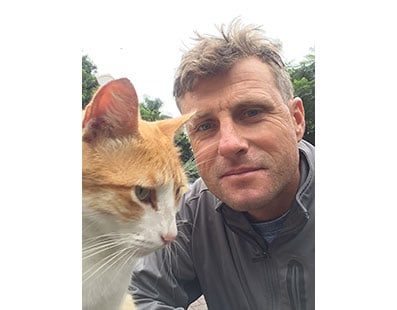 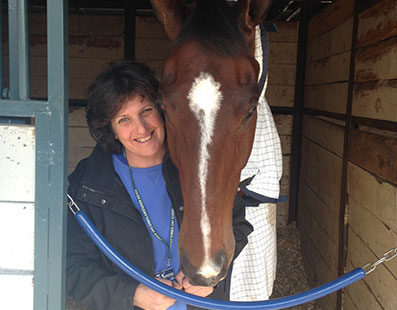 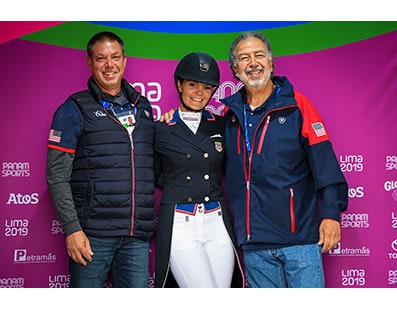