Lauren Kieffer has a love for starting young horses and bringing them up through the levels, guided by her grit, determination and patient attitude.

In 2010, Lauren, now 32, rocketed to the top of the eventing world with Snooze Alarm, an unlikely star. One decade later, Lauren has climbed the ranks once again, this time with Vermiculus, Snooze’s full brother. With her new equine partner, she has her sights set on the Olympics.

From Rags to Riches, Twice

When Lauren was in her early teens, her family purchased Snooze Alarm, a 15.2h Anglo-Arabian who no one believed would amount to much.

No one but Lauren that is. With the guidance and support of David and Karen O’Connor, two legends in U.S. eventing, Lauren and Snooze made amazing progress.

“He was a fairytale story,” recalls Lauren. “I took him from beginner novice all the way to my first Rolex (competition).”

After Snooze’s retirement in 2010, Lauren was at a loss. She dreamt of competing another 5* horse but couldn’t afford to purchase one. “I don’t come from money or anything,” she says. “I did jobs and such to make ends meet.”

So when she realized that she could buy Snooze Alarm’s full brother, well, she thought it was a chance worth taking.

Family and friends chipped in to help cover the cost of Vermiculus, a.k.a Bug, a three-year-old colt at the time. But when Lauren brought him home from Indiana, Bug was downright feral.

“I turned him out in the field and I wasn’t able to catch him for three months!” she laughs.

Bug was also small for an event horse — and still is, at just 16.1h. “I was like, ‘Wow, maybe this isn’t the best idea I’ve ever had,’” laughs Lauren. “But I didn’t have many other options. Sometimes, you’ve got to rub your pennies together and make it work.”

Just like Snooze Alarm, no one believed that Lauren would be able to take Bug from ground zero to the 5* level. But she sensed something special about the gelding, despite his occasional temper tantrums, his wildness and his petite stature.

With time and patience, Bug became more manageable. Once the two started competing, they started to move steadily through the levels. “He did his first Advanced when he was eight years old,” Lauren says, “but if he wasn’t challenged or pressed, he was very difficult. We had to keep putting challenges in front of him to keep him focused.” Although Bug has matured, Lauren says he still has his rambunctious moments to this day, particularly when galloping on the cross-country course.

“He’s so naughty. He bucks and he spins. He hasn’t lost any of his ‘cheek,’ but he’s definitely become more of a professional.” 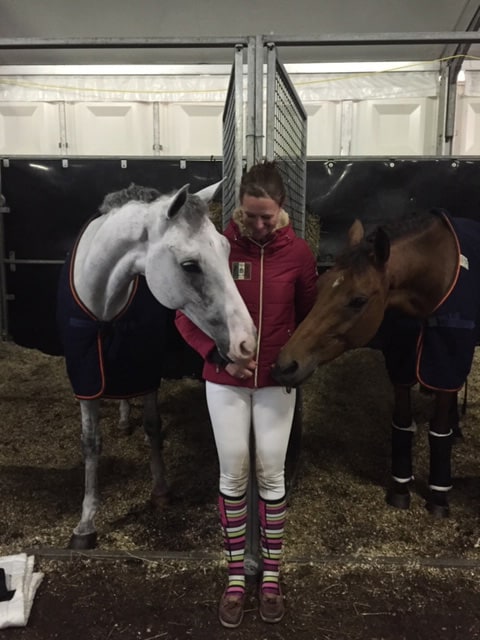 Bugs, now owned by Jacqueline Mars, and Lauren have big dreams. “Riding for Team USA is always the goal,” Lauren says. “Right now, the biggest focus is how I can prepare my horse as well as possible. I want to go to the Olympics knowing that I’m going to be able to bring back a team and individual medal.”

But it takes a village to find success in the sport, especially for young riders. Lauren is keenly aware of how much help and how many people it’s taken to get her and Bug to the top.

Lauren is grateful for the support from donors to the USET Foundation.

“Everyone can work very hard and get to a certain point, but especially for teens, the financial support from donors is absolutely necessary. Hopefully, the donors enjoy it as much as we enjoy making our dreams come true.” 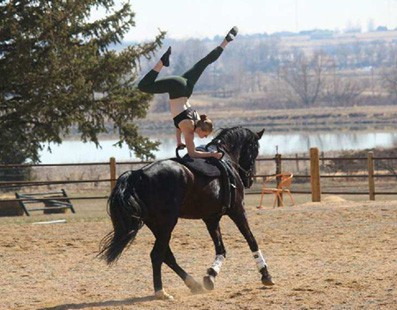 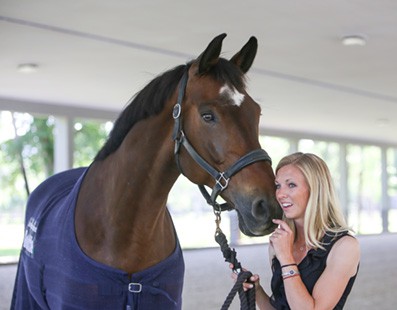 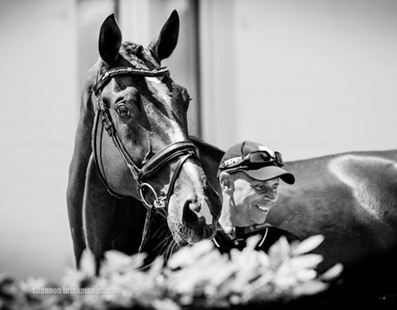