Gladstone, N.J. – July 23, 2019 – The 2019 Adequan®/FEI North American Youth Championships (NAYC), presented by Gotham North, kicks off on Wednesday with the eventing competition, held in conjunction with The Event at Rebecca Farm taking place July 24-28, while dressage and show jumping will be held at Old Salem Farm July 30-Aug. 4. The United States Equestrian Team (USET) Foundation is proud to be an official sponsor of these championships, which represent a vital part of the pathway for athletes who aspire to represent the United States in future international competition.

In honor of the 2019 NAYC and Pan American Games this summer, the USET Foundation invites you to participate in the Pathway to the Podium Participation Challenge.

The NAYC is the premier equestrian competition in North America for children, juniors and young riders ranging from ages 12-21. Athletes from Mexico, Canada and around the nation representing their region, area or zone vie for team and individual FEI medals in the three Olympic equestrian disciplines of show jumping, dressage and eventing. The competition is run under rules of the FEI, the international governing body for equestrian sport, and is the only FEI championship held annually in North America.

The athletes attending the NAYC represent the future generation of equestrian sports for the United States. The USET Foundation’s mission is to support the competition, training, coaching, travel and educational needs of America’s senior and developing international and high performance horses and athletes in partnership with US Equestrian (USEF). Thus, supporting an event such as the NAYC is a perfect match for the USET Foundation.

“We are proud to have the privilege to help support this country’s developing and senior athletes, and are grateful to the wonderful individuals, just like those competing at the NAYC, who are passionate about the sport and make the USET Foundation an important part of their charitable giving each year,” said Bonnie Jenkins, executive director of the USET Foundation. 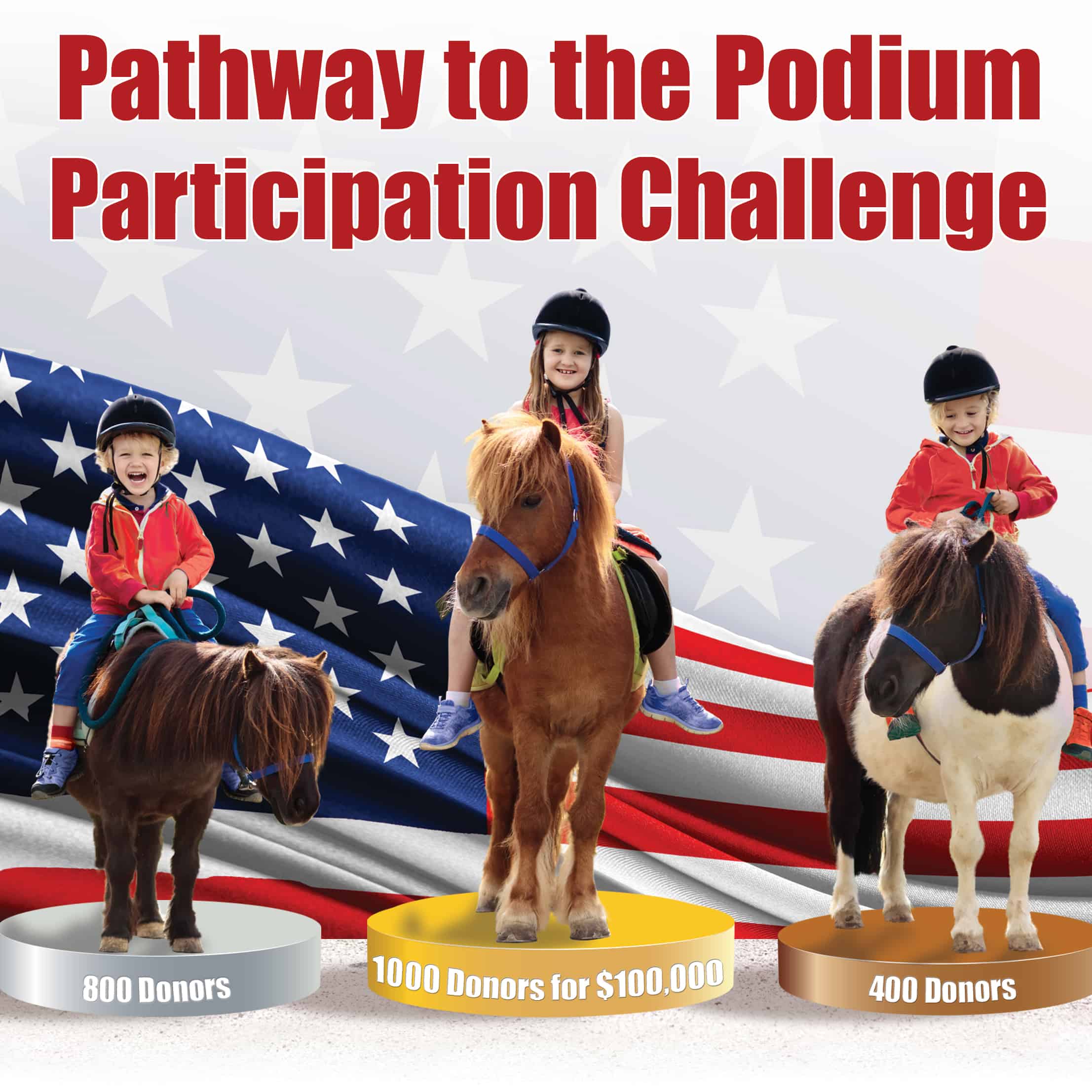 The Pathway to the Podium Participation Challenge is one that rallies support from all members of the USET Foundation community from the $10 first-time donor to the invested and dedicated trustee. From now through Aug. 11, the more people who participate by making a gift, of any amount, the closer we get to unlocking $100,000 of additional support, which will help elevate up-and-coming athletes and provide valuable opportunities on their journey to equestrian excellence.

Join the Pathway to the Podium Participation Challenge!

The USET Foundation is a nonprofit organization that supports the competition, training, coaching, travel and educational needs of America’s elite and developing international and high performance horses and athletes in partnership with US Equestrian (USEF).