Beezie Madden has achieved a monumental tally of firsts since competing in her debut Grand Prix at age 22. She’s:

● the first American to achieve the top-three ranking on the international show jumping list;
● the first woman to win more than $1 million in prize money;
● the most decorated female show jumper in American history.

Now 56, Beezie announced a change of focus in February, a “semi-retirement” from elite competition to focus on developing young riders and horses and giving back to the sport that’s given her everything.

But with the postponement of the Tokyo Olympics due to the COVID-19 pandemic, Beezie is putting her direction change on hold, too — and aiming to represent the United States at her fifth Olympic Games in 2021.

A Change of Plans — and Horses

At the start of 2020, Beezie had hoped to vie for Tokyo with Darry Lou, a 12-year-old chestnut KWPN stallion who won the $3 Million CP International Grand Prix at Spruce Meadows in late 2019.

The plan had been to compete in Tokyo, then shift her focus to training America’s up-and-comers at the facility she owns with her husband, John, in Cazenovia, N.Y. But the postponement of the Olympics put Beezie in a strange spot.

She and her team had a contract to sell Darry to young show jumper Jennifer Gates after the Games this summer, and they agreed to honor that commitment. “It was the right thing to do,” says Beezie. “I am excited to see Jen take over the reins on him.”

Now, with a new Olympic timeline and a delay in her semi-retirement plans, Beezie is evaluating which horse from her stable will give her the best shot at Tokyo 2021. She has three good candidates: 9-year-old Garant, 12-year-old Chic Hin D Hyrencourt and 14-year-old Breitling LS, the 2018 World Cup Champion. But the year-long wait presents challenges, even for a decorated champion like Beezie.

“It was shocking not to have the Olympic Games this year,” she says. “But it was definitely a decision that had to be made. I think it sent all of us into a tailspin of planning new schedules and assessing what our position might be, come next year.

“Some riders might have had a horse who was particularly hot this year, and they will be hoping they can produce the same form next year. I do have to say, there are some riders who might benefit from the extra year. A top 9-year-old now has a much better chance of being successful next year. But the cream of the crop can usually adjust. Sports are all about who comes through the best in good times and in times of adversity.” 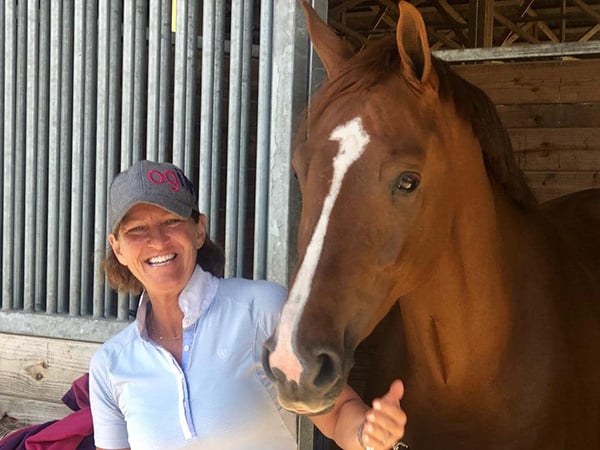 Looking Back over the Years

Beezie has experienced plenty of both over the course of her decorated career.

A Milwaukee native, Beezie recalls seeing more female riders than males at American competitions when she first started out. But when she began competing in Europe in the 1980s and ’90s, that wasn’t the case there. Fortunately today, there are many more women competing in international events — and Beezie hopes she had a little something to do with that.

“Now we see European women contributing to Nations Cup teams and championships for many of the countries,” says Beezie. “If I helped their cause by showing we can be successful at the high level, that would make me happy.”

She’s seen many other changes in the sport throughout her career, as well. “The sport is growing globally and the calendar is packed with five-star events,” says Beezie. “The courses and the jump material have changed significantly. We see lighter material and less of it which makes for less impressive looking fences to the horses, we have much less use of natural fences now too. It’s sad for me that we have lost so much of the variety in our sport.”

Still, iconic venues such as Aachen, Spruce Meadows and Hickstead are some of Beezie’s favorite places to ride. “As an individual, my two World Cup titles are very special, as was winning the Grand Prix of Aachen and the Spruce Meadows Masters Grand Prix,” and, she continues, “Our team gold medals in Athens and Beijing are also at the top of the list.”

Focusing on the Future

With Beezie shifting her focus to young riders and horses in 2021, the future of U.S. show jumping certainly looks bright.

“I have been doing this for many years now,” Beezie says. “I feel like it will be more exciting to develop the next superstar horse or rider. I think that’s the next logical step in my career and one way to give back to the sport that has given me so much.”

“To get to the top and stay at the top, riders have always had to find significant financial backing,” says Beezie. “The support we get from the USET Foundation is a huge help. With the grants we receive from them, I have been able to garner many opportunities to compete in Europe, especially when I was just starting to get good enough to be selected for a team. I think this help is so important for young riders to enable them to get enough exposure to draw in some sponsors.”

Beezie brings a wealth of information and experience to the young riders she trains. But what she most wants them to take away from her is simple.

“Learning the proper basics and teaching the horse the correct basics will get you the most success. Good horsemanship is essential to a career and to our sport,” she says. “I hope that our future show jumpers can learn that from me. I think we all need to remember why we got into this sport, and that’s because of our love for the horse.” 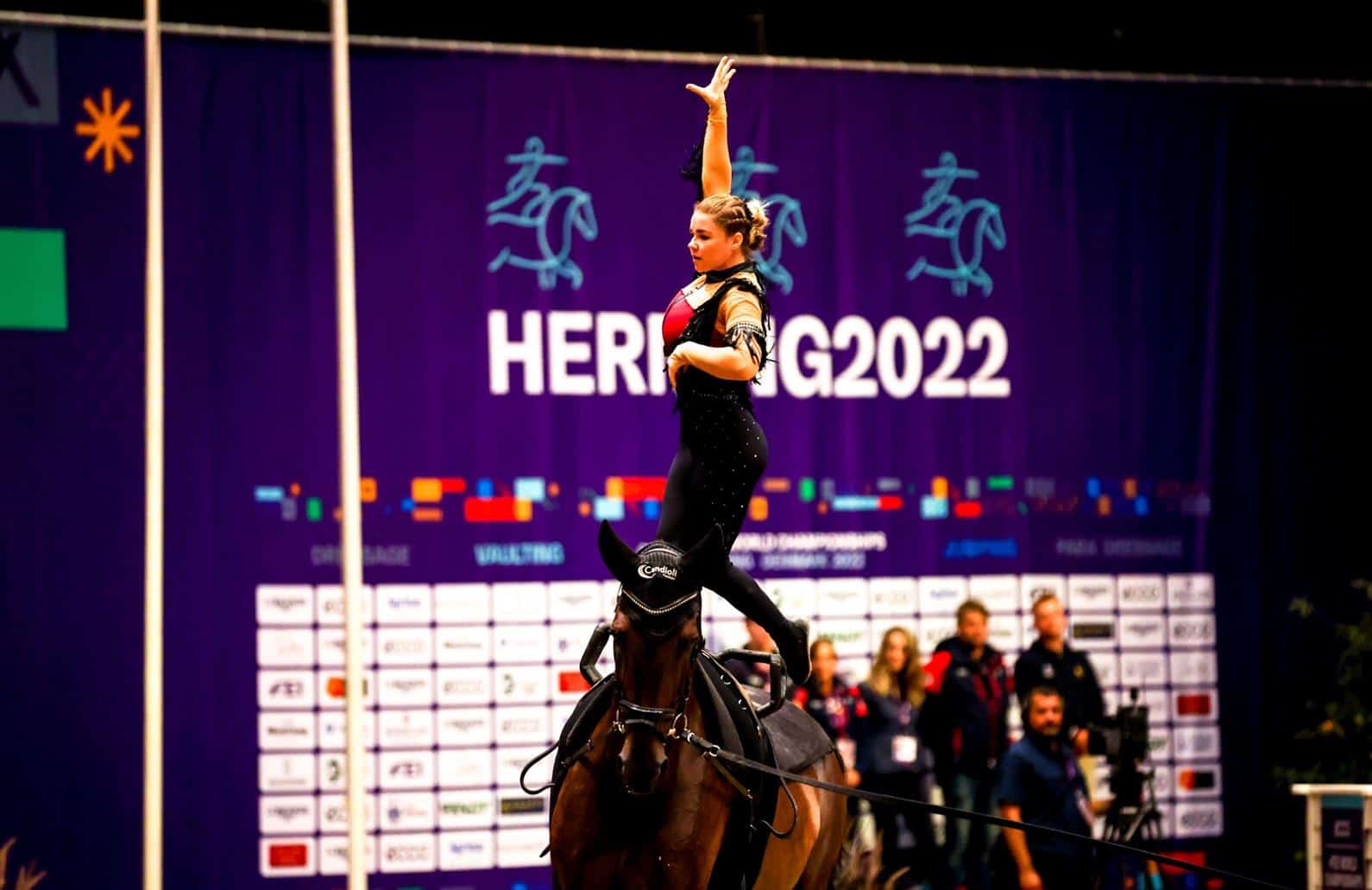 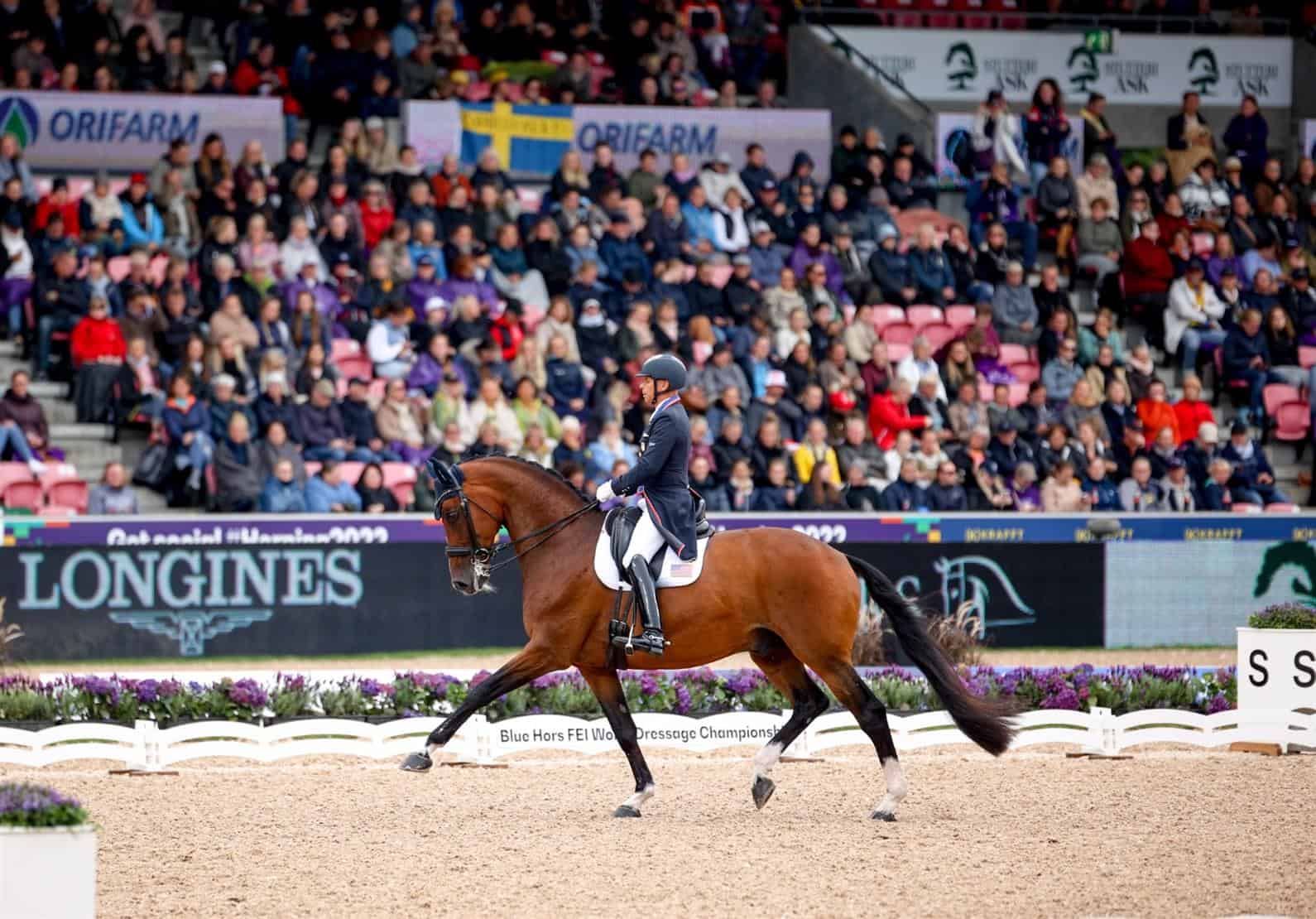 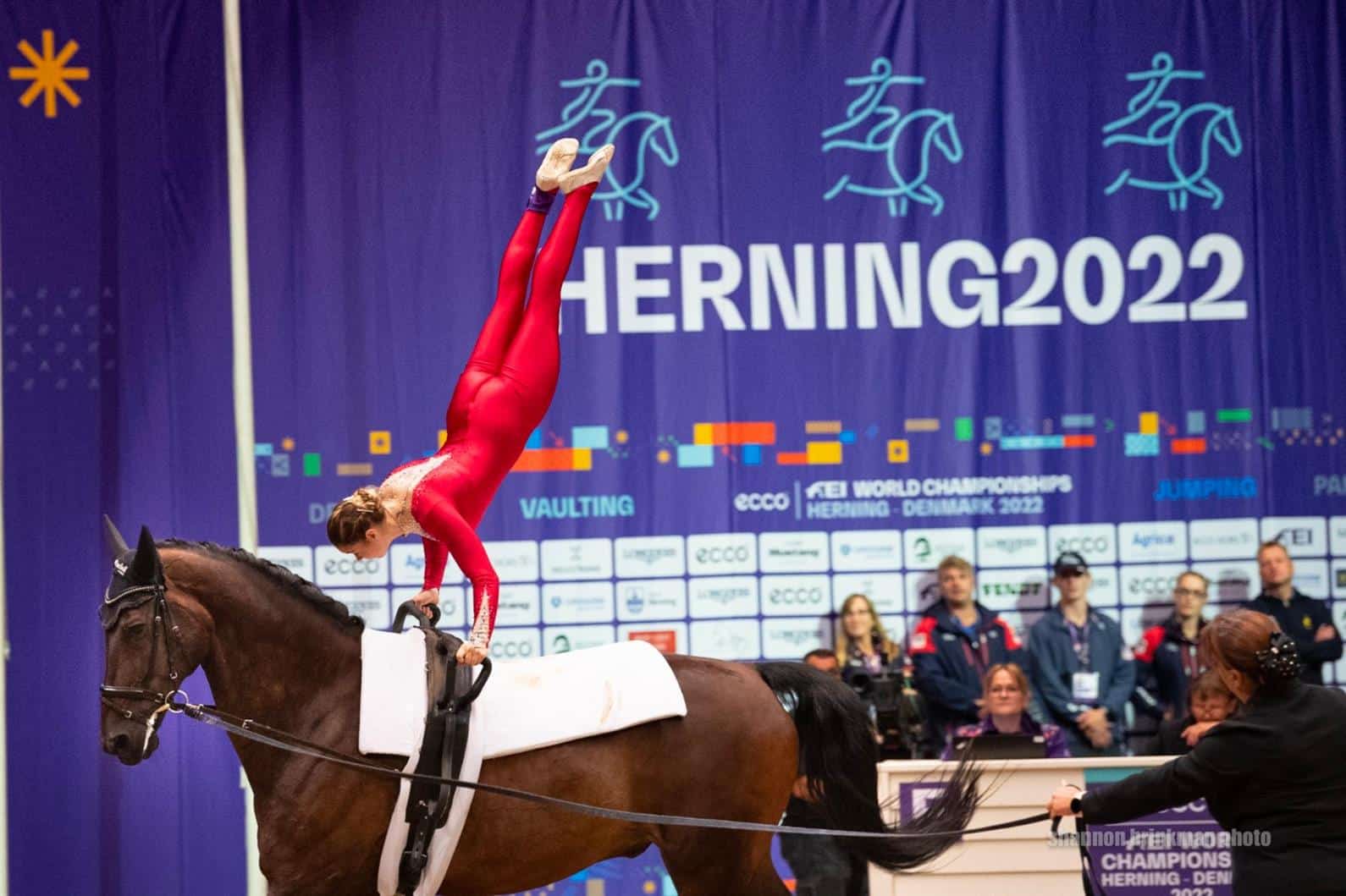 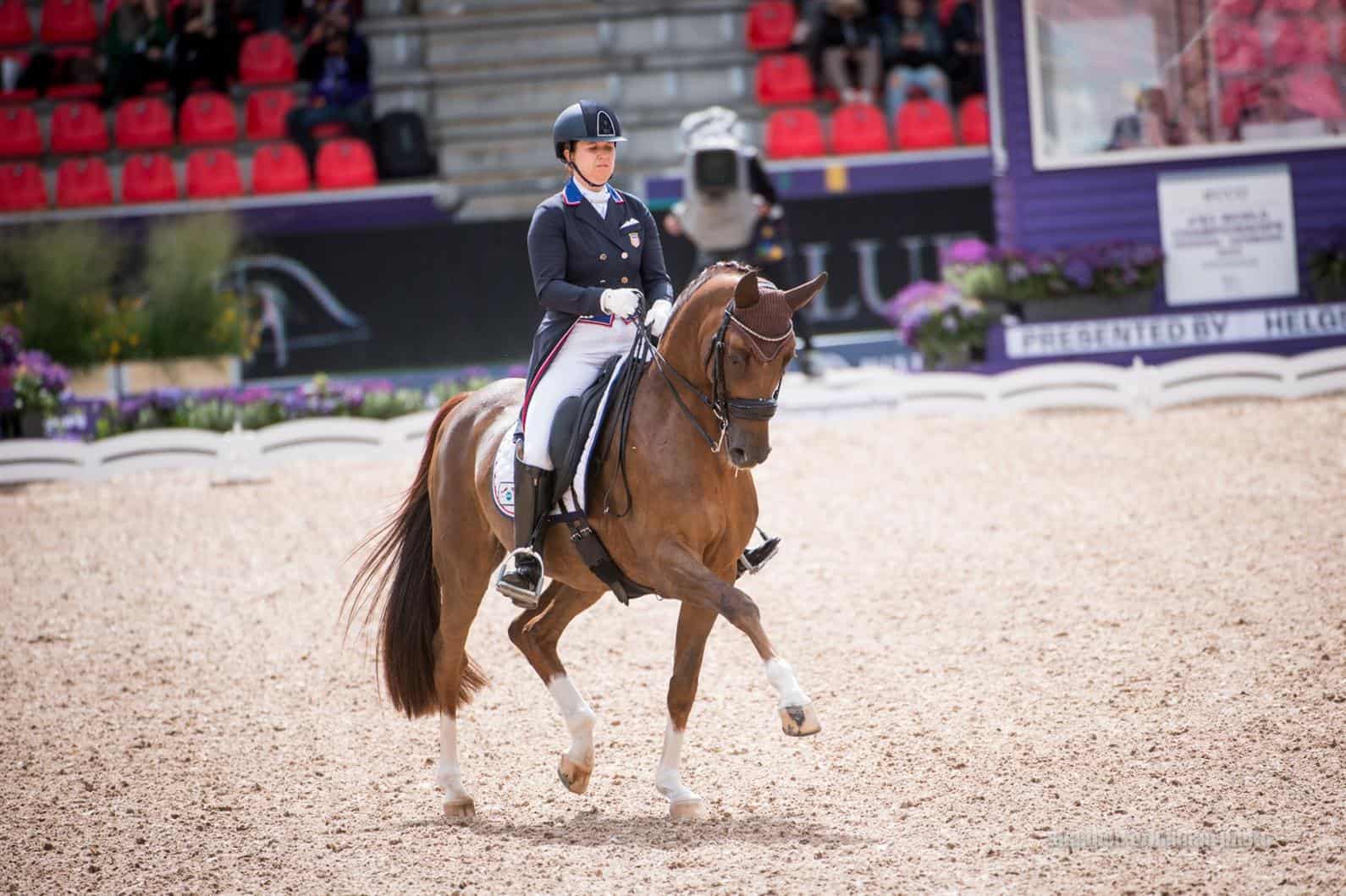