by US Equestrian Communications Department | Jul 8, 2018 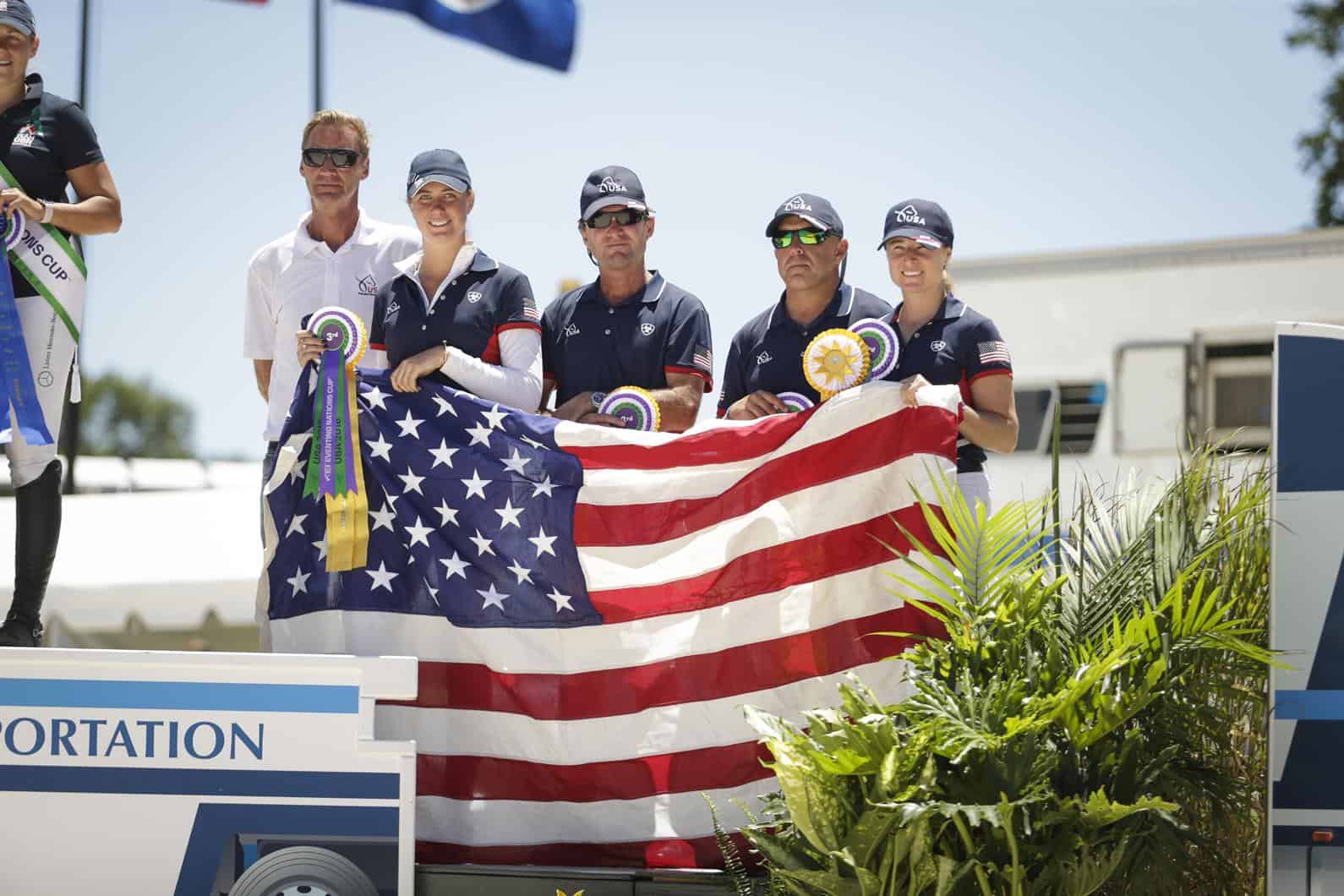 The Plains, Va. – The Land Rover U.S. Eventing Team finished third in the FEI Eventing Nations Cup™ USA at the Brook Ledge Great Meadow International presented by Adequan (GMI). The developing team of Bruce Davidson, Jr., Phillip Dutton, Sydney Elliott, and Caroline Martin gave it their all, scoring 157.5 in the only FEI Eventing Nations Cup competition outside Europe. Great Britain led throughout all three phases to win with a team score of 138.5. Canada placed second with 148.7.

U.S. Team Chef d’Equipe Erik Duvander believed that, although things did not quite go the way he had hoped, the experience at GMI was valuable for both horses and athletes.

“In dressage, show jumping, and cross-country, they all gave it 100 percent,” said Duvander. “Towards the end in cross-country it looked like it was going to be a tight race. It didn’t quite work out this time. It’s not quite there now, but the future is bright and the spirit is good.” 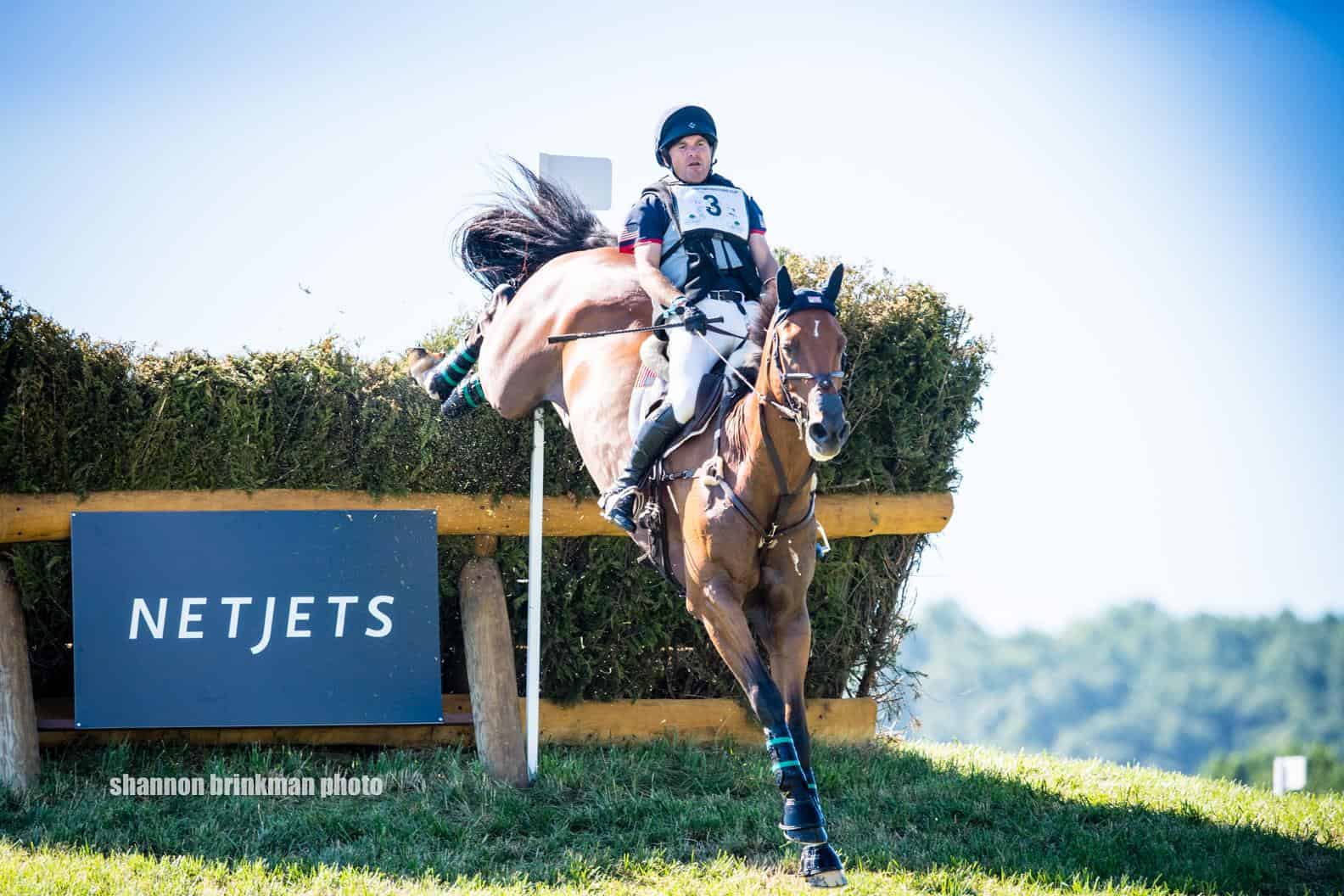 Dutton of West Grove, Pa., was the top team finisher of the day scoring 39.6 on Sportsfield Candy, a 11-year-old Irish Sport Horse gelding owned by Kevin Keane. The six-time Olympic veteran was the first to go cross-country for the United States team and served as a valuable pathfinder. He jumped fault-free on the Mike Etherington-Smith-designed course and added only 1.6 time faults to his score.

Elliott of Bossier City, La., and Cisko A, a 12-year-old Westphalian gelding owned by Carol Stephens, had a stellar performance on cross-country day, going double-clear and produced the second highest team score of 50.5. 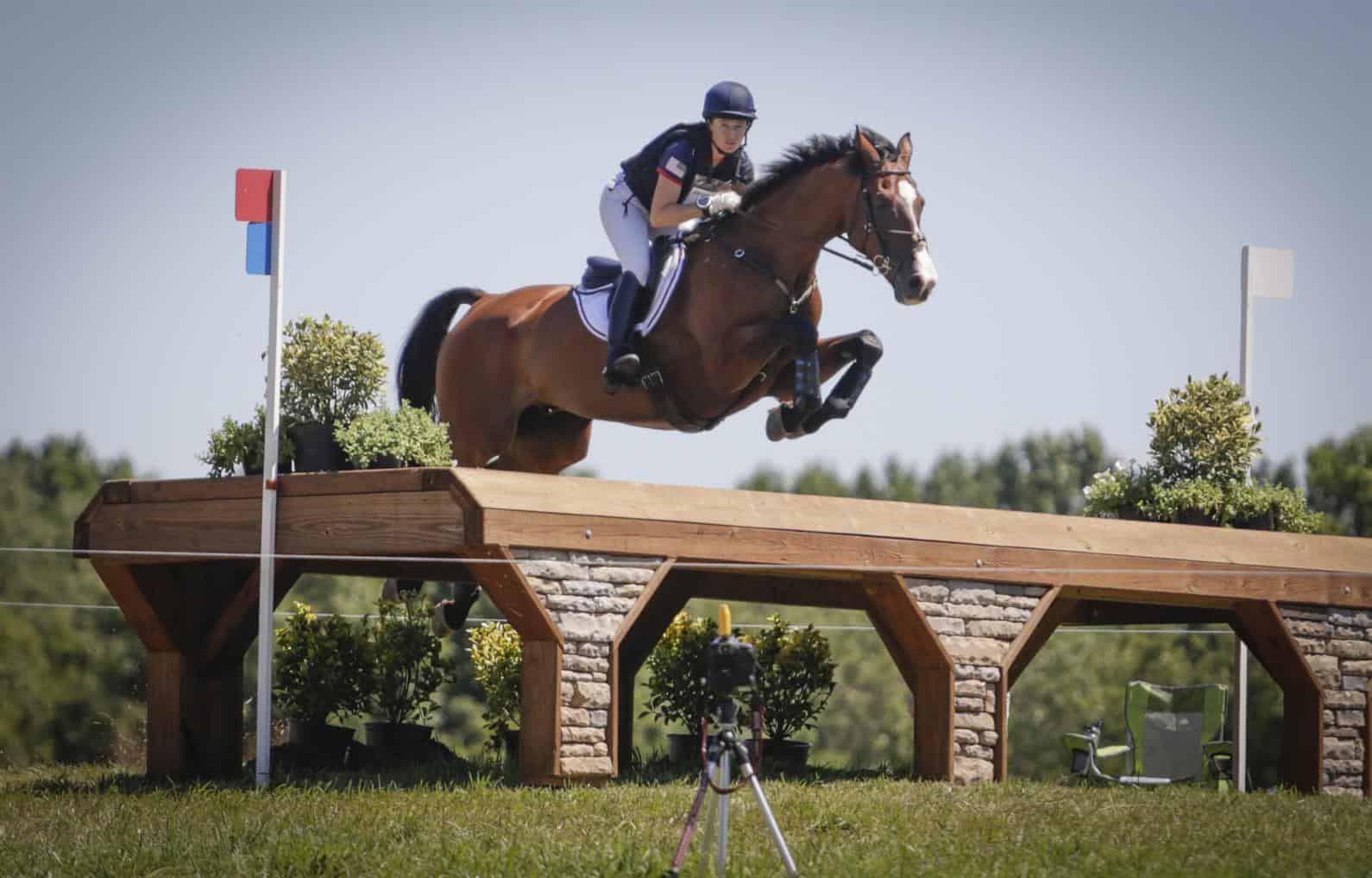 “I’m super excited about going double-clear,” said Elliott following a great finish in her first team experience. “I think I have probably one of the best cross-country horses in the field, so I felt pretty confident going into today. My horse loves cross-country and loved the course today, so I really enjoyed the moment. It was wonderful.”

The two remaining team members each had a stop on the course at the Beverly Equestrian Brush Corners, which caused problems for several combinations throughout the day. Emerging Athlete Eventing 25 Program participant Martin of Miami Beach, Fla., on Spring Easy, the 12-year-old Irish Sport Horse gelding she owns with Sherrie Martin, scored 67.4, and Davidson of Ocala, Fla., on Park Trader, a 16-year-old Irish Sport Horse gelding owned by Carl and Cassandra Segal, ended on 74.0.

Will Coleman, of Gordonsville, Va., captured the individual title on Off the Record, a nine-year-old Irish Sport Horse gelding owned by Off the Record Syndicate. Coleman had one rail down in show jumping and was double-clear cross-country to secure the victory with a score of 35.1.

Seven horse-and-rider combinations participated in an optional combination test consisting of dressage and show jumping over two days. The horses participating were among those named to the nominated entry for the Land Rover U.S. Eventing Squad for the FEI World Equestrian Games™ Tryon 2018 (WEG). Boyd Martin of Cochranvilla, Pa., and Tsetserleg, an 11-year-old Trakehner gelding owned by Christine Turner, finished on top with a score of 36.2. Phillip Dutton secured second on Z, a 10-year-old Zangersheide gelding owned by the Z Partnership, scoring 36.7, and third with a score of 37.2 riding I’m Sew Ready, a 14-year-old Dutch Warmblood gelding owned by Kristine and John Norton.