A Rising Star: How Brian Moggre Is Taking The Jumping World by Storm – USET Foundation

A Rising Star: How Brian Moggre Is Taking The Jumping World by Storm

At just 19 years old, Brian Moggre owns his own business and is hard at work learning how to build a show jumping operation for the future.

For most young adults, turning 18 marks the end of high school and the start of college. But for Brian Moggre, his 18th birthday meant something a little different: Becoming a professional rider and starting an LLC to build an impressive show jumping operation.

The Texas native has found staggering success in his young career so far, including beating out some of the world’s top show jumpers at the highest level of sport. But Brian remains humble, focused and dedicated to perfecting his craft — both as a rider and as a businessman.

While COVID-19 stomped out a few of his big dreams, Brian has pivoted and discovered a new pace and perspective on life that he hopes to carry with him into the future.

But within weeks of COVID entering the U.S., the World Cup was cancelled.

“That was a bit hard on me in a competitor aspect,” admits Brian. “That childhood dream was no longer — not necessarily diminished but postponed.”

While the loss stung, Brian now looks at those months of 2020 without competitions as a “very good lesson” in accepting that not everything goes to plan. “It taught me that there are things in this world that we have to be aware of — and you have to look at the bigger picture and think of your safety and those around you.”

“For me, a lot of it is, ‘Okay, I might not have learned so much competing in 2020, but I feel that I learned so much about my horses and ways to run my stable by not being at a horse show every other week. It gave me the time to really see what’s going on and to strategize for what’s ahead.”

Learning to be a Businessman

When Brian aged out of juniors, he noticed a few key differences.

“There are so many things you can do as a junior,” he says. “But then once you step into your professional career, the pond gets much bigger. Everyone wants the same thing. Everyone is looking for the same horse and there are a lot of people who have the same goals you do and the same commitment and drive. They want it just as bad.”

But for Brian, this larger “pond” feels motivating and inspiring. “I have many good friends who are in a similar position to me as new professionals,” he says.

For those young riders, the transition means learning the administrative and managerial side of the sport — not just riding. “It’s definitely an adjustment,” Brian says. “When you’re a junior rider, you aren’t so in tune with how to run a business and how to keep your head above water.”

Luckily, Brian has built an incredible team around him to help as he builds his business — including legendary duo Laura Kraut and Nick Skelton who have taken Brian under their wing to show him a few tricks of the trade.

He’s also relied on his businessman father for advice. “It’s a bit of a different world from the horse industry but I’ve learned so much from him,” Brian says.

Training for the Future

Brian has been setting goals for as long as he can remember. “When I was a kid, my goals were horse shows I wanted to compete at and certain classes I wanted to be successful in,” he says. “My dad and I would write them all down and we’d do everything we could to make it happen and have those goals become a reality for me.”

With horses now Brian’s full-time profession, he’s focused deeply on goal-setting and long-term strategic thinking. “My goal is to be on an Olympic team one day,” he says. “So what do I need to do? It’s a matter of getting an idea of what my next steps are.”

Brian has identified a few goals he hopes to accomplish in the coming years: To be on the shortlist and to compete in Europe. “It’s a different world over there,” he says. And if things go according to his plan, Brian hopes to travel to Europe in the spring and compete with Laura and Nick.

Despite the long hours and mental grit it takes to be successful in show jumping, Brian remarks on the joy he finds in the community. “It’s amazing how people support the industry and the sport,” he says. “I think a lot of donors and organizations get so much joy out of helping others. They want to give people the opportunity to fulfill their dreams — that’s something about this sport that I’ve noticed since I was a kid, and it’s another part of the reason I love it so much.”

“People root each other on. The support financially, the support mentally, and the support physically. Everyone is so involved — and it’s a beautiful sport in that sense. The support never goes by unnoticed.”

And don’t forget the horses. Brian explains, “We love the horses and the horses always come first. My honest belief is that if you put your horses first and you do what’s best for them, the rest is going to come.”

When all is said and done, Brian is simply proud to be part of Team USA: “I think our country, for show jumping, is really grounded by great people. I’m very, very thankful to be a part of it. 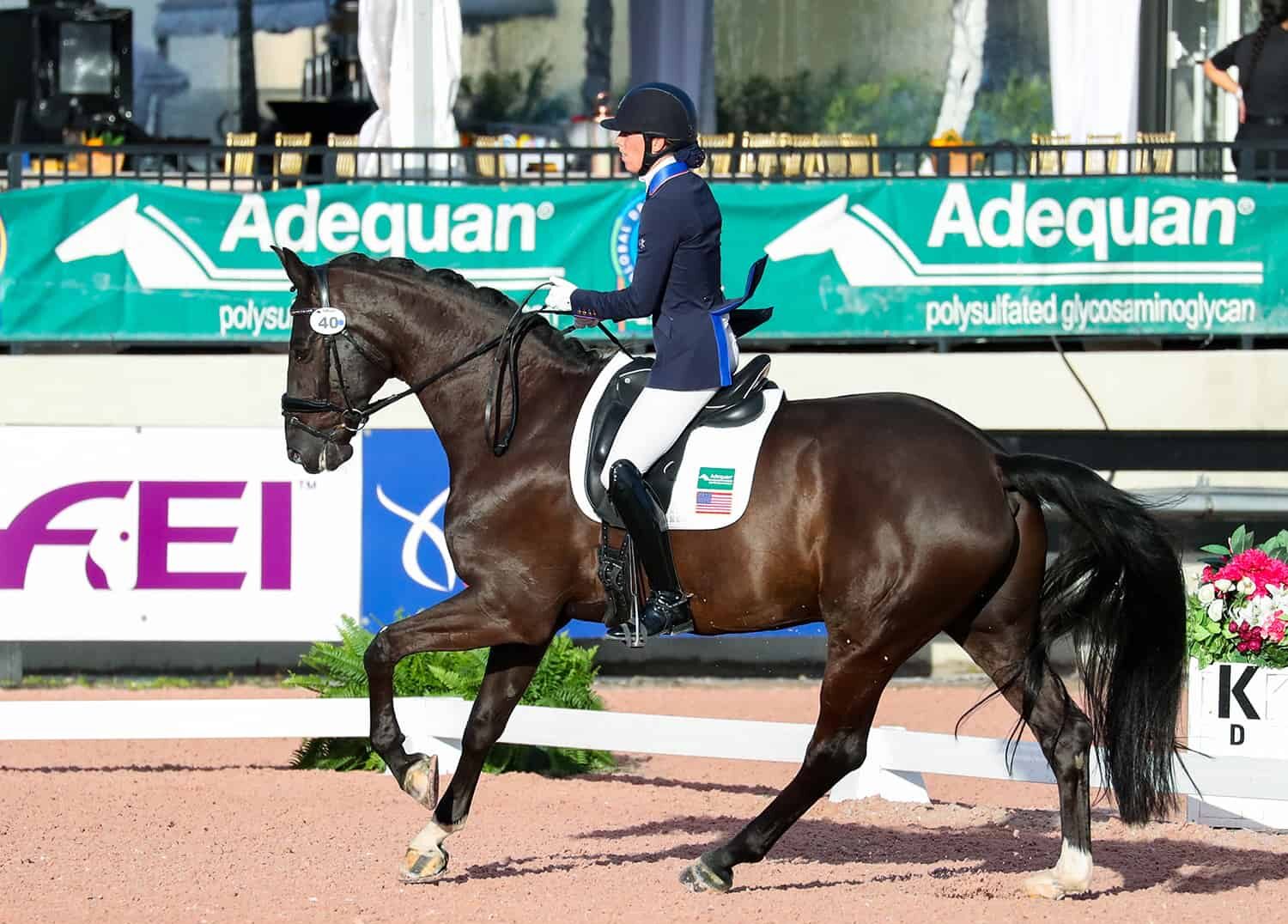 Working Toward a Paralympic Dream

When not running her own veterinary practice, Kate Shoemaker is preparing to seek Paralympic glory with her horse, Solitaer 40. 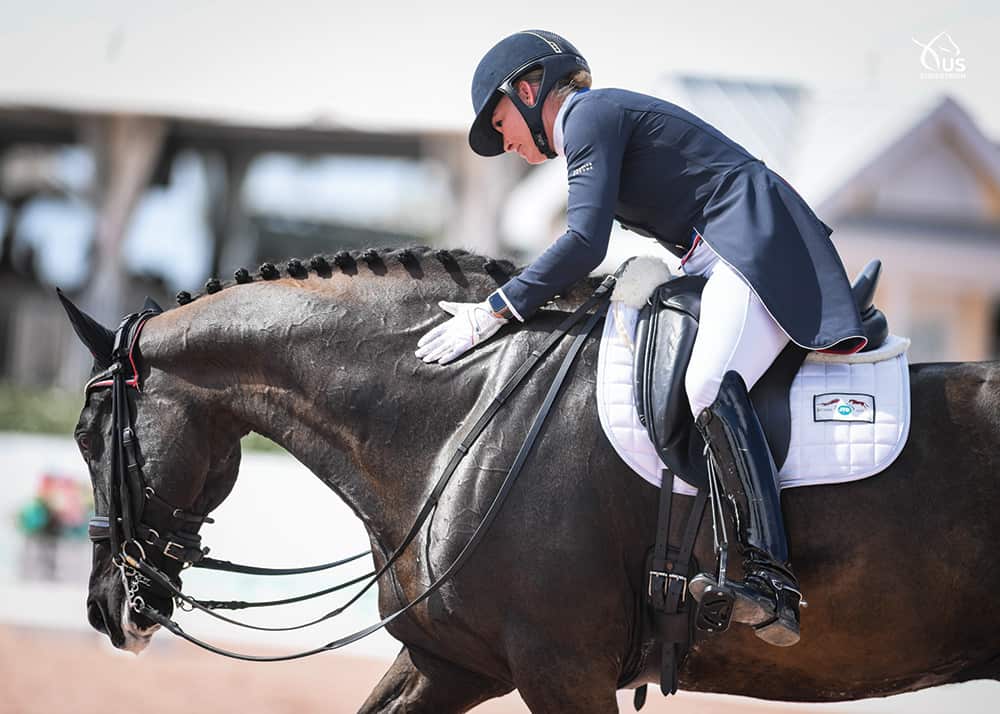 For almost two decades, Katherine Bateson-Chandler was a dedicated groom. Then, she decided it was time to give her dreams of dressage stardom a shot. 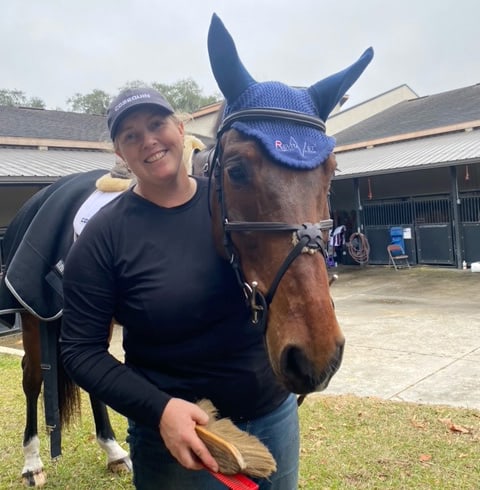 The Woman Who Knows Horses Best

A lifelong love of caring for animals led Emma Ford to a career in grooming for some of America’s top event horses — but it’s more than just brushing a horse.

PrevPreviousWorking Toward a Paralympic Dream