Wellington, Fla. – Jan. 25, 2017 – At the annual meeting of the United States Equestrian Team (USET) Foundation, Saturday, Jan. 21, in Wellington, Florida, the board of trustees elected W. James McNerney, Jr. as CEO and president and William H. Weeks, Jr. as vice president. These individuals will serve as officers of the corporation. 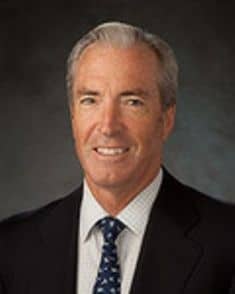 Richard DeMartini – Rich DeMartini joined Crestview as a partner in 2005 and is a member of the investment committee. He is also the head of Crestview’s financial services strategy. Prior to Crestview, DeMartini served as president of the Bank of America Asset Management Group from March 2001 until December 2004. At Bank of America, DeMartini was responsible for all wealth and asset management activities and oversaw approximately $400 billion in assets under his management. He was also a member of Bank of America’s operating committee. Prior to Bank of America, DeMartini retired from Morgan Stanley, where he served as chairman and CEO of the international private client group. His 26-year career at Morgan Stanley Dean Witter included roles as president of individual asset management, co-president of Dean Witter & Company, Inc. and chairman of Discover Card. He was also a member of the Morgan Stanley management committee. DeMartini is currently a director of Capital Bank Financial, Arxis Capital Group, Fidelis Insurance Holdings and Victory Capital Management. He also currently serves as a director of Partners Capital and is a trustee and president of the Whitney Museum of American Art. DeMartini has served as chairman of the board of the NASDAQ Stock Market and vice chairman of the board of directors of the National Association of Securities Dealers, Inc. DeMartini received a B.A. from San Diego State University, which he attended on a tennis scholarship.

DeMartini, through his Elm Rock, LLC, sponsors highly-respected and successful show jumping rider Margie Engle, who has represented the United States on horses owned by Elm Rock, LLC on numerous Nations Cup teams around the world. Elm Rock, LLC also supports daughter Leah DeMartini, who rides in the amateur-owner jumpers and is a graduate of Vanderbilt University in Nashville, Tennessee. DeMartini resides in Bronxville, New York, with his wife Jenny Brorsen. 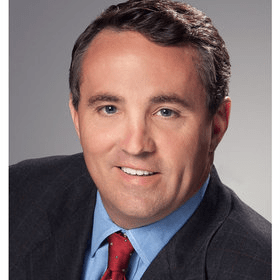 William Craig Dobbs – William “Craig” Dobbs is a managing director of investments for the Dobbs Group at Graystone Consulting, a business unit of Morgan Stanley. Dobbs earned his bachelor’s degree in finance from Ball State in 1986. Dobbs and his wife, Teneen, support a range of religious, scientific, literary and educational causes through the William Craig and Teneen L. Dobbs Charitable Foundation, which the couple established in 2010 along with the Children’s TherAplay Foundation in 2001. Dobbs also joined the Ball State University Foundation in fall 2015. The Dobbs family, who live in Carmel, Indiana, have four children — twins Kirstie and Kiefer, Kassie and Kalvin, who competes and is a rising talent in the amateur-owner and grand prix jumpers. 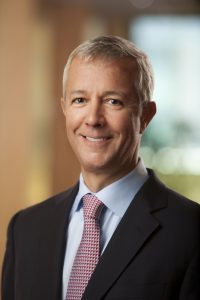 Louis Jacobs – Lou Jacobs is co-chief executive officer of Delaware North, a hospitality and food service company. As co-CEO, Jacobs provides stewardship to the 100-year-old Delaware North and its operating subsidiaries, which include industry leaders in food and retail operations at airports and sports venues, sports facility ownership and management, operations of parks and major tourist attractions, hotel ownership and management and gaming operations. In his position, Jacobs is responsible for long-term strategic direction, determining mergers and acquisition candidates, positioning the company in emerging markets and working with financial institutions on overall business strategy. In addition to his senior management post with Delaware North, Jacobs serves as alternate governor for the six-time Stanley Cup winning Boston Bruins of the National Hockey League. Jacobs is active in equestrian sports and has represented the United States in numerous international events. He currently serves as vice president of the board of directors for the National Horse Show as well as vice chairman of the board of directors for the Lake Placid Horse Show Association. He is a member of the board of directors for the Hampton Classic Horse Show and is a member of the finance committees for the United States Hunter Jumper Association and its charitable foundation. Jacobs has a master’s degree in business administration and a bachelor of arts from Harvard University. He resides in East Aurora, New York, with his wife, Joan. They have two children, Louis Jr. and Charlotte, who is a successful competitor in the jumper divisions. 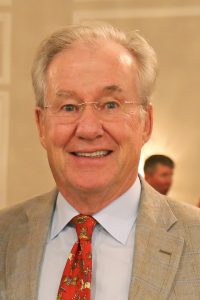 Fritz R. Kundrun – Fritz Kundrun is an investment professional at American Metals and Coal International, Inc. (AMCI) Capital L.P. Kundrun cofounded AMCI in 1986 and has been its chairman and CEO since 1986. Prior to founding AMCI, Kundrun was employed for 26 years by the Thyssen Group, where he served as executive vice president of Thyssen, Inc. and president of Thyssen Carbometal, where his responsibilities included overseeing the international trading activities of Thyssen in the Western Hemisphere, Asia and certain markets in Europe. He also served as Thyssen’s chief delegate in Pakistan, Iran and Iraq. Kundrun has been a director of ANR Holdings since March 2003. He served as a director of Alpha Natural Resources Inc. from November 2004 to October 2006.

Kundrun, along with wife Claudine, have a long history of involvement in equestrian sport, are passionate dressage enthusiasts and have owned such notable equines as Flim Flam, who represented Team USA with Susan Blinks in the 2000 Sydney Olympic Games, 1998 World Equestrian Games in Rome and won team silver at the 2002 World Equestrian Games in Spain. The Kundruns also sponsor Allison Brock on a top string of horses including Rosevelt, who was a member of the bronze medal dressage team at the 2016 Rio Olympic Games. The Kundruns are also major contributors and active in The Brooke, an international charity that protects and improves the lives of horses, donkeys and mules which give people in the developing world the opportunity to work their way out of poverty. Kundrun resides in Wellington, Florida, and Charlottesville, Virginia, with his wife Claudine. 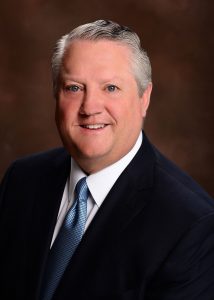 Tommy Nusz – Tommy Nusz is the chairman and CEO of Oasis Petroleum Inc. He co­founded the company in 2007 with private equity sponsorship. Oasis is an oil-weighted, upstream, independent operator with approximately 500,000 net acres in the Williston Basin. Nusz has over 30 years of industry experience, including over 20 years with Burlington Resources, Inc. He has held various engineering and management positions at Burlington including president of the International Division; vice president of Acquisitions and Divestitures; vice president of Strategic Planning and Engineering and chief engineer. Prior to Burlington, Nusz worked for Mobil, Superior Oil and Halliburton Services. While he was with Burlington, Nusz was responsible for the corporate planning group, which led the strategic assessment and portfolio repositioning initiatives starting in 1998. Nusz led the Canadian expansion strategy and subsequent acquisitions including both Poco Petroleums and Canadian Hunter. Overall, both the strategic initiatives and the acquisitions contributed to Burlington being consistently one of the leaders in total shareholder return in its E&P peer group in the years leading up to the $36 billion purchase of Burlington by ConocoPhillips in 2006. Since then, Nusz and his team have built Oasis into a top tier pure Williston player focused on drilling in the Bakken/Three Forks formations with production of approximately 62,000 net barrels of oil equivalent per day.

Nusz’s daughter, Meagan, is a highly successful amateur-owner and grand prix rider, and his Amalaya Investments owns Voyeur, who Kent Farrington rode to a team bronze medal at the 2014 World Equestrian Games and a team silver medal at the 2016 Rio Olympic Games.