Ms. Independent Makes It Happen on the Global Stage

Ariel Grald has taken on two of the biggest eventing trials in the world in 2019 — and she’s come away stronger than ever.

Most every U.S. athlete aspires to compete at the Olympics and the World Equestrian Games. But there’s another event that means the world to event riders: the Burghley Horse Trials.

Held annually in Lincolnshire, England and considered by many as the world’s greatest 5-star equestrian event, Burghley is unparalleled in scope and prestige.

So when Ariel Grald, 31, discovered that she’d have the opportunity to compete at Burghley in September, she was overjoyed. Not only was it Ariel’s first time at Burghley, it marked her first time competing overseas at all.

“Burghley was definitely the highlight of my career,” Ariel says. And for good reason: With Leamore Master Plan (“Simon”), a 10-year-old Irish Sport Horse owned by Annie Eldridge, Ariel finished in an impressive 10th place after a spectacular cross-country round.

U.S. Equestrian Team Foundation supporters like you made it possible for Ariel and “Simon” to travel and compete abroad. In late August, Ariel was announced as the recipient of the 2019 Jacqueline B. Mars International Grant designed to give a horse-and-rider duo the opportunity to compete internationally.

“I’m so lucky to have the grant to send me over. The U.S. Equestrian Team Foundation and the U.S. Equestrian Federation put a lot of faith and money behind me,” Ariel says. “So much went into making that trip happen.”

While abroad, Ariel found herself captivated by the cultural shifts in perspective on equestrian sport. She spent four weeks overseas, beginning with Millstreet, a 4* competition in Ireland prior to Burghley.

“It feels so different to ride in Europe,” Ariel says. “I think horses are much more prominent in society in Europe.”

Because eventing is more popular in Europe, it’s also a more concentrated community. A large number of excellent riders and well-established barns are located within a short distance of one another, leading to increased collaboration and camaraderie.

“It’s very motivating and inspiring to be there, because everybody around you is so good. It forces you to up your game,” Ariel says. “For the United States to develop as a competitive country, we have to go and expose ourselves to competition in Europe. Unless you go overseas, you don’t get that pressure and that experience.”

But competing abroad isn’t cheap. Add up the flights, shipping and entries overseas and the list of expenses is overwhelming for many riders. In fact, the financial burden initially deterred Ariel from pursuing a career in the sport, despite her steadfast love for it.

“I grew up watching videos of Badminton (an annual five-day horse trial in South Gloucestershire, England) and the 1996 Olympics in Atlanta, GA,” she recalls. “I knew I always wanted to ride at that level, but I wasn’t really sure that I was going to be able to do it financially.”

With those concerns in mind, Ariel attended the University of Vermont. She graduated with a degree in microbiology, reasoning that having a “real job” might allow her to eventually pay for her own horses and her own competitions. But after a year of working full-time in a lab, she realized it wasn’t the right path for her. “I didn’t really enjoy it very much,” she says with a laugh. “I just wanted to ride.”

A Perfect Twist of Fate

Unhappy with her job, Ariel decided to take the leap and move to Southern Pines, N.C., to pursue a life dedicated to horses.

“I thought, ‘Well, I’m just going to find a way to make it work,’” she remembers. “I’m a very independent person. I was ready to do whatever it took to make it happen at that point.”

Through an introduction by a mutual friend, Ariel met Annie, the owner of Setters’ Run Farm, a sport horse breeding operation. The two hit it off immediately. Shortly afterward, Annie brought Ariel on as her trainer in the winter of 2012. “I was very, very lucky to meet Annie because it’s amazing to work for her and ride for her. She made it all possible.”

And for Ariel, a life devoted solely to riding is ideal. She’s able to develop partnerships with young horses and bring them up the levels. With Simon, her Burghley mount, Ariel credits their success to their deep connection. “We’ve both come along together and we know each other really well at this point,” she says.

After a “well-deserved vacation” for Simon, he and Ariel will go to Florida for the winter season. And eventually, Ariel hopes, the two can return to Europe and give Team USA another powerful performance abroad.

“I’m self-motivated, I think I get that from my mom,” Ariel says. “You’ve got to go make it happen, and I’ve always been able to do that. I’m not afraid to put the work in.” 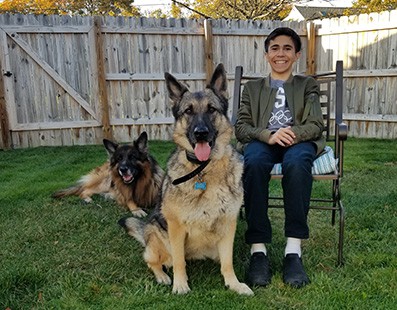 The 17-year-old para-dressage rider won’t let anything stand in the way of his dream: the 2020 Paralympics. 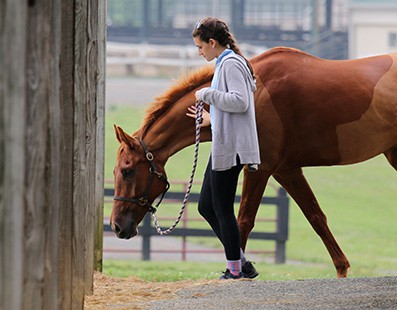 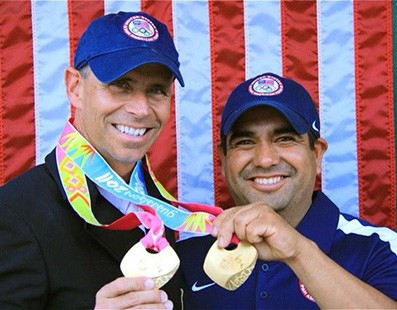 Meet One of Cavalor FEI’s Best Grooms of the Year

Eddie Garcia has devoted the past 13 years to caring for some of the most famous dressage horses in the world.