Rotterdam, Netherlands – June 23, 2018 – Following the exciting results of the CDI3* competition Saturday morning in Rotterdam, the Dutta Corp. U.S. Dressage Team competing in the in the CDIO5* FEI Dressage Nations Cup™ The Netherlands at CHIO Rotterdam finished the competition strong, maintaining their bronze medal position from Thursday to finish out with a total score of 30 points. The Netherlands came in first with a score of 20 points, followed by Sweden in second with a score of 21 points. 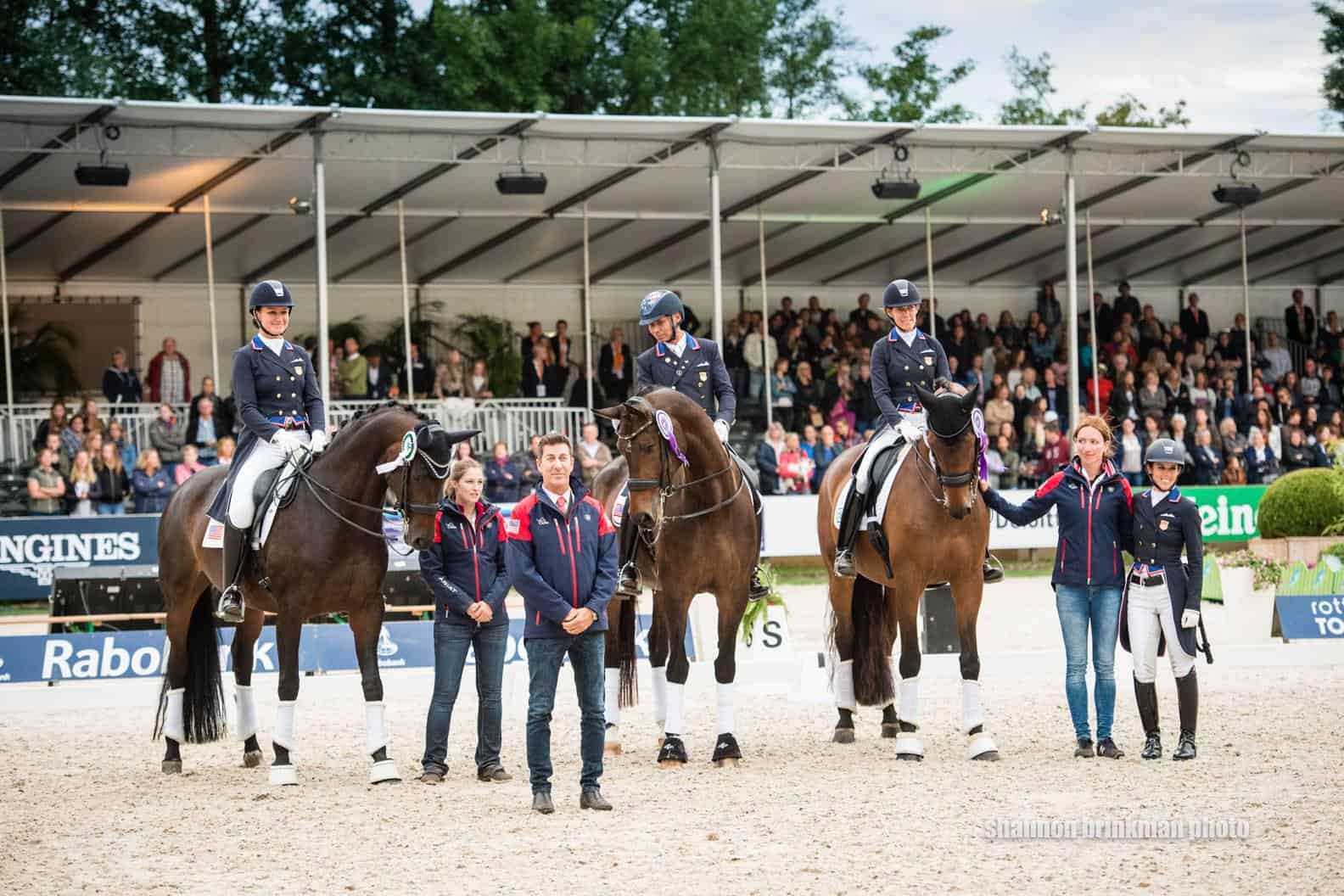 “A year ago, the United States won the Nations Cup in Rotterdam with great riding on super horses and some good luck that day. This week we did not have the same luck going our way; however, the thing I will remember forever, besides our superb riders and horses, is the moment when Adrienne Lyle had the misfortune of having Salvino’s noseband snap for no apparent reason,” Chef d’Equipe Dover explained. “Her teammates, all of whom are actually still competing against her for one of four cherished spots on our World Championship Team, ran to help her take off the failed noseband and in record time, only rivaled by pit crews at NASCAR events, placed a new noseband on Salvino and allowed Adrienne to go on to masterfully ride the stallion to well over 71%! It is because of times like this that I am reminded why I am so proud to be the chef d’equipe of the fabulous U.S. team!”

In the their first European competition in the CDI-U25, part of their Discover Dressage™ USEF/USDF Emerging Athlete Program membership, consistency was key as Natalie Pai (Wellington, Fla.) and Unlimited, Melanie Pai’s 17-year-old Dutch Warmblood gelding, continued their impressive season as the highest-placed American with a score of 66.487 percent in the Grand Prix and a 67.500 percent in the Freestyle. Kerrigan Gluch (Wellington, Fla.) and Bolero CXLVIII, Hampton Green Farm’s 14-year-old P.R.E. stallion, proved to have an equally positive first European outing, earning a 65.256 percent in the Grand Prix and 67.275 percent in the Freestyle.